Can you eat sunfish? It Safe? 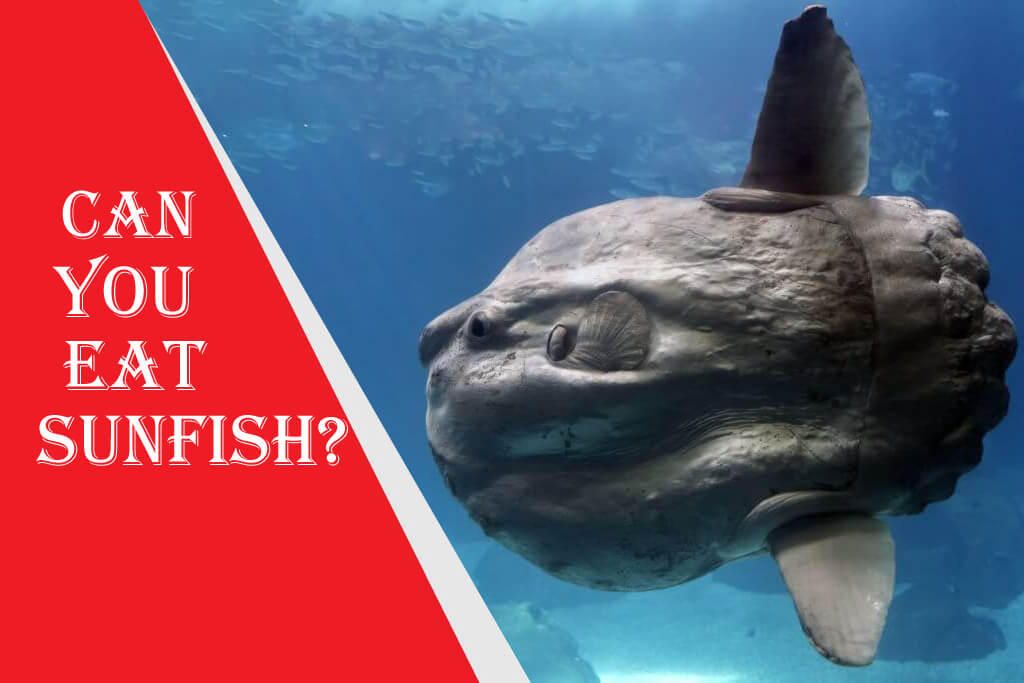 Pescatarians and fish lovers around the world enjoy trying different kinds of fish varieties. The sunfish is one interesting species worth tasting. But before you search for restaurants serving this particular fish, can you eat sunfish? Find out if it’s safe to consume and what nutritional value it can offer.

Sunfish, also fondly known as mola, is endemic in many regions around the world. They are bulky with a very large size and rounded look. As odd as they may look, some divers and anglers are sometimes mistaken for baby sharks. They thrive in almost all parts of the world. It being the case, it is valid to ask, can you eat sunfish? Well, the answer is yes, but subject to various considerations. 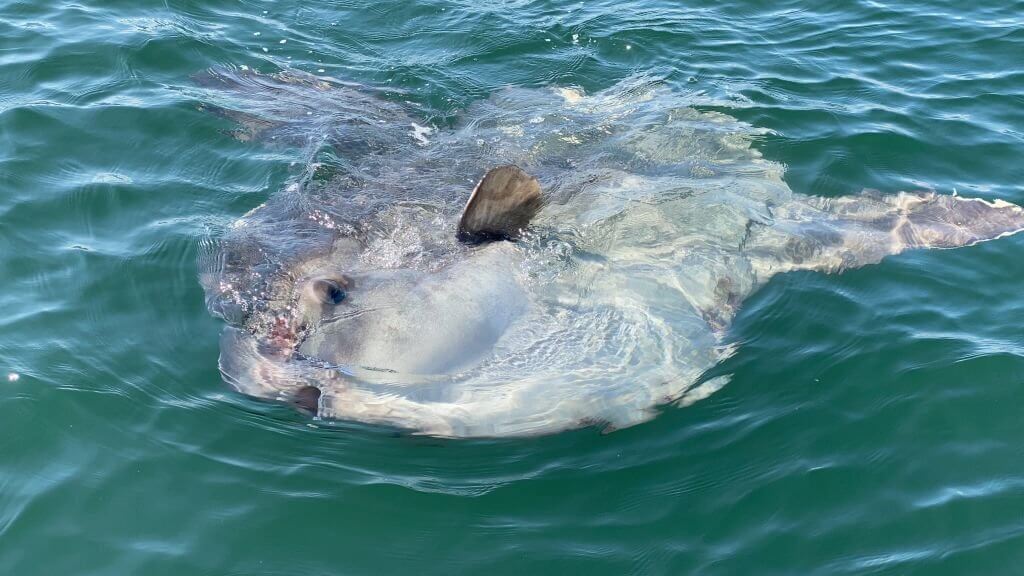 Sunfish is native to tropical waters and is found around the world. It also gets its name for being oddly shaped and for its peculiar swimming habit. Sunfish is a forager and would eat different marine species but its favorite are jellyfishes. 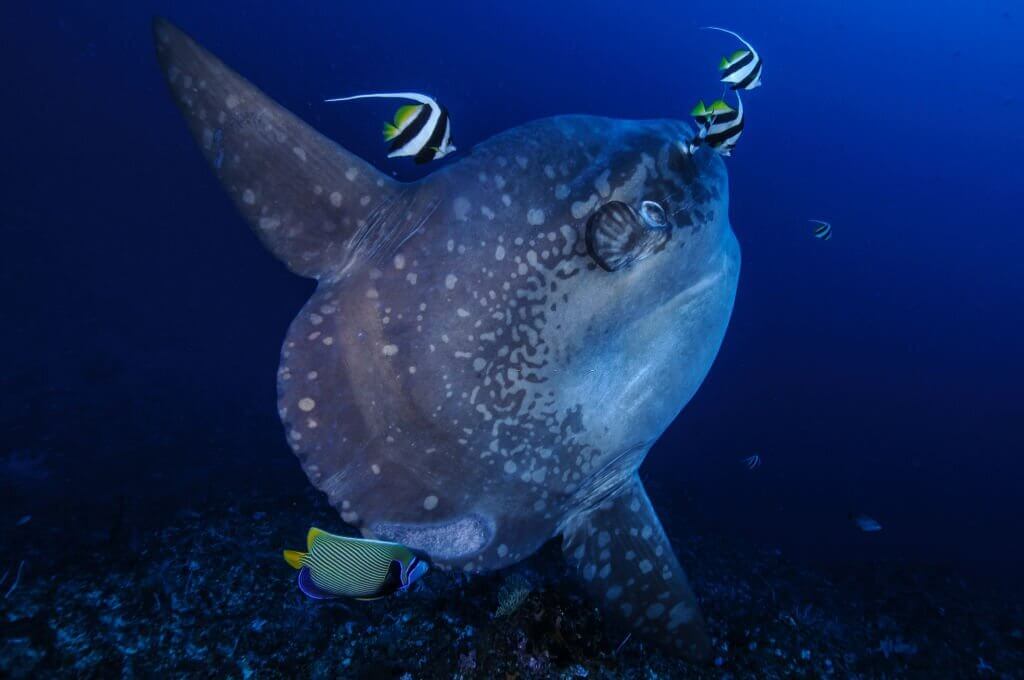 They are prolific in reproduction. Their reproduction method is through broadcast spawning where the males release sperm and the females release eggs at the same time. They can reproduce 300 million eggs at a time.

Other interesting facts about ocean sunfish

Aside from their unique behavior and large size, there are other things that you would want to know about ocean sunfishes. Here are some of them.

Can you eat ocean sunfish?

Yes, you can eat sunfish. As a matter of fact, it is a delicacy in some regions in the world. In Asia, it is popular in Taiwan and in Japan. All of its parts including the fin and the innards are cooked as a delicacy in Japan. Sunfish skin and some of its innards are also incorporated in Japan’s traditional medicine.

However, it takes a lot of expertise to prepare and cook it. Those who have tried cooking one point to a specific way of preparing it. There have also been environmental concerns over eating sunfish. Hence, if you intend to eat sunfish or cook one, you need to be knowledgeable of these factors.

You can read more: Can You Eat Redfish?

There are some debates as to what sunfish tastes like. At one end, some say that it has the same insipid taste as that of black sea bass. Some others would say that it is buttery and tasteful like lobster meat. The general observation however, is that sunfish meat can have different tastes, flavors, and levels of chewiness depending on how it was prepared.

Can you eat ocean sunfish safely?

Yes. Generally, you can regularly eat and consume sunfish. However, you should note that it cannot be regularly consumed by pregnant women and children who are below 15 years old.

While there is no yet established toxicity level for the sunfish, reports of allergies and digestive problems have been recorded. Limiting the consumption to once every week is sufficient to avoid said risks.

You can read more: Can You Eat Mullet?

Are there really mites in ocean sunfish?

Whenever you are filleting freshwater sunfish, small black mites might be noticeable. They are a normal sight for this species of sunfish. But amongst ocean sunfishes, this is not the case. This is the reason why ocean sunfish meat is used for sushi in Japan although at a more expensive price.

How to fillet a ocean sunfish?

Just to give you a backdrop of how large ocean sunfishes could get, and how they are cleaned, cut and filleted, here is a clip from Yum.

Is it illegal to catch ocean sunfish?

This depends on where you are from. In the US and in Asia, it is legal to catch and eat sunfish as long as you have a fishing license. This is so because the ocean sunfish meat is a delicacy in Taiwan, Korea and Japan, in particular.

In Europe, catching and eating sunfish is illegal because in European regions, sunfish are already considered endangered. Given these, you always have to check certain fishing ordinances in your area before catching one. 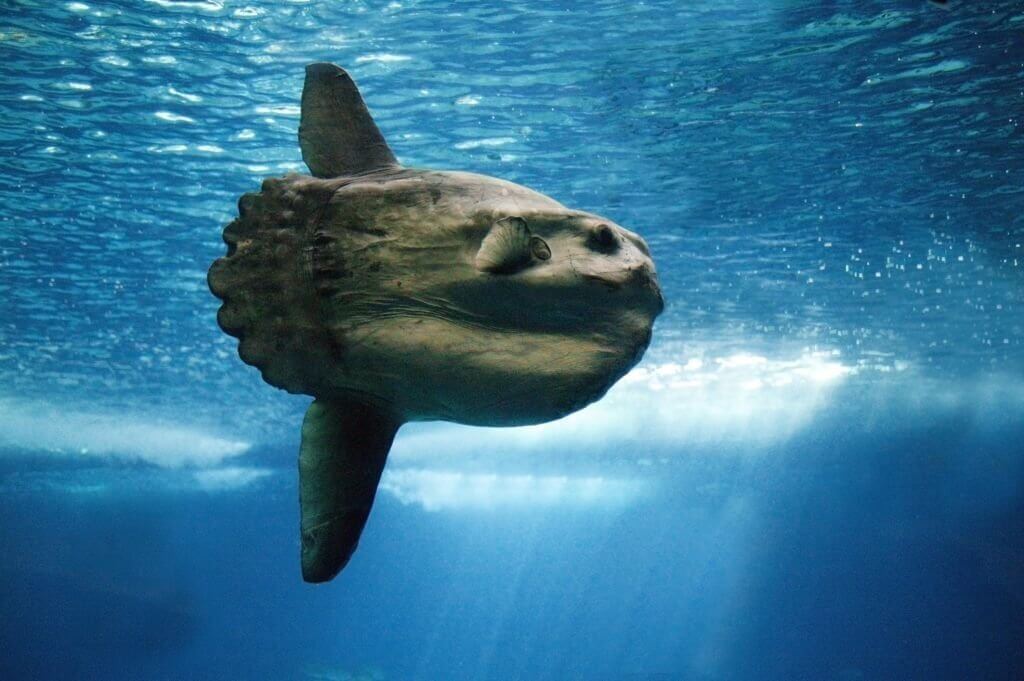 Sunfishes, in general, contain a lot of good protein. Nutritionists say that a 3oz serving of sunfish contains more or less than 21g of protein. Alongside this, it also contains vitamins A, B, folate and potassium. It also does not contain a lot of toxic substances.

You can also see more: Can You Eat Bluefish?

How to catch ocean sunfish?

Ocean sunfish is a very large fish. Although you could always chance upon smaller ones, it might still be challenging for beginners. The most popular way to catch ocean sunfish is through large gill nets. However, this is now seriously regulated because it tends to cut the ocean sunfish’s fins, eventually killing them in the catch.

If you ever find yourself embarking on an ocean sunfish catching, here are some tips to consider:

For you to have a working idea of how ocean sunfishes are caught at sea, here is a video from Siwar Planet.

There is no final report on the current conservation status of sunfish. However, the International Union for Conservation of Nature (IUCN), has listed the ocean fish as vulnerable. This is supported by claims of marine biologists that they have become naturally rare.

It is also noted that ocean sunfish populations in various regions in the world have become extremely depleted. Most of the reports point to overfishing, and bycatching due to angling as the primary reasons for their depletion. Human consumption and human-induced injuries are also noted as reasons for their current vulnerability.

Another reason why ocean sunfish have become tagged as vulnerable is because they are often mistaken for other fishes. The annual percentage of caught ocean sunfishes by mistake is 61% in the US, 79% in Africa, and 95% in Europe. When they are mistaken as such, they are either sold to black markets or are accidentally killed.

You can read more: Can You Eat Seahorse?

How to cook ocean sunfish

There are different ways to cook sunfish. Because of their flaky consistency and texture plus flavorful taste, you can easily whip up a recipe or two for this fish. Here are some of the most preferred sunfish recipes out there which you could try.

For the preparation, please refer to the previous section on how to fillet sunfish. Basically, the cleaning and filleting part are the first steps to prepare the sunfish for cooking. It is then essential that you master the steps provided in that section. 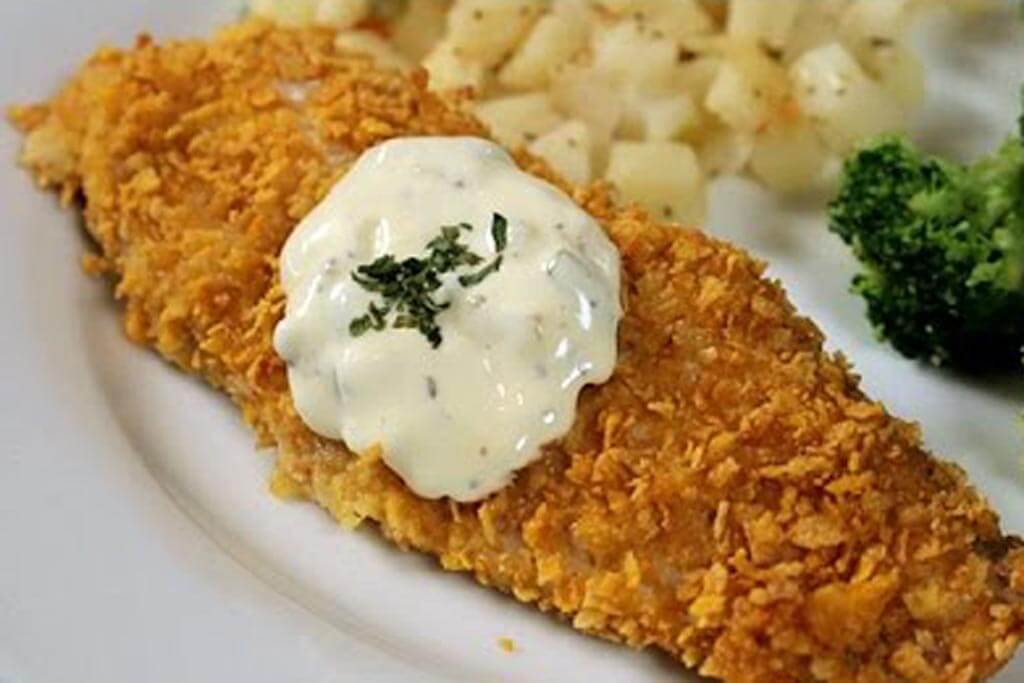 Can you use Sunfish for sushi?

Interestingly, yes. Ocean sunfish sushi is served as a delicacy in Japan. Because of the bulk, rarity, and challenge in catching and preparing ocean sunfish, it is more expensive than other sushi.  This is so because of the current conservation status of ocean sunfishes.

The existence of ocean sunfish sushi and it being actually served in Japanese restaurants also answers the question of can you eat ocean sunfish raw.

So, can you eat ocean sunfish? Practically, yes. While it looks odd, ocean sunfish is one of those ocean fishes which you can safely eat. Overall, they have a good, flavorful taste and their meat is tender and flaky. More so, ocean sunfish meat is a source of good protein and Omega-3.

You can cook ocean sunfish in different ways. You can see large fillets of ocean sunfishes in the wet markets of Asia, particularly in Japan, Taiwan and Korea. Although their conservation status is not yet fully determined, regulating ocean sunfish catching is now done especially in regions where they are considered a delicacy.