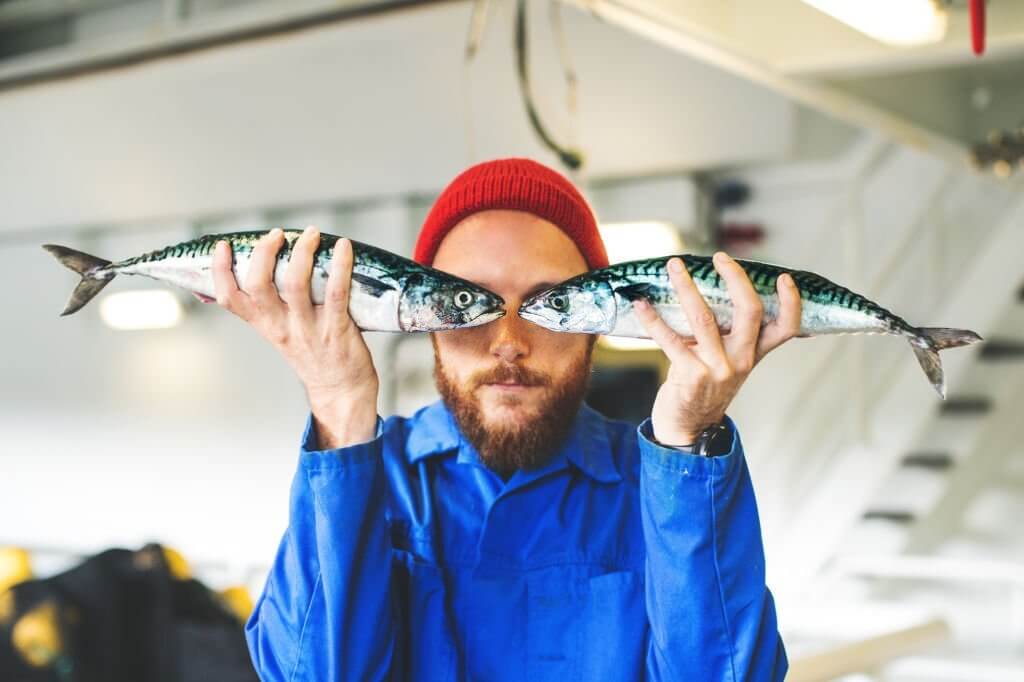 Each type is described briefly below. Then select which one you want to catch! Some of them may even be suitable for use in your favorite dishes! Continue reading to learn more!

Types of Mackerel in North America

The Atlantic mackerel is a medium-sized fish with wavy black lines on the sides and ventrally. Its long snout and small scales give it a velvety appearance. The Atlantic mackerel has no swim bladder and must keep its mouth open to allow oxygen to enter through its gills. It has sharp teeth, and no developmental difference between the sexes. This fish can live as long as 20 years, depending on the species. 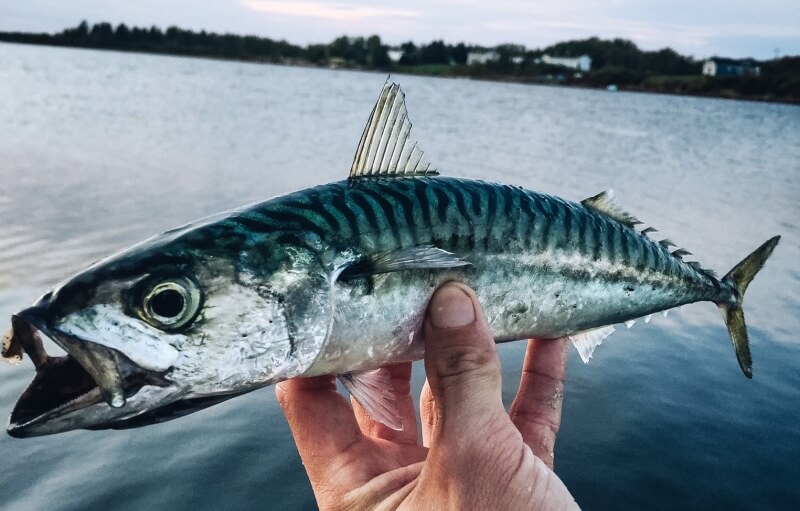 Lawrence during June and July. Atlantic mackerel typically spawn within ten to thirty miles (16-48 km) from shore. Female Atlantic mackerel can lay 285 000 to two million eggs at a time. They release them in batches, with a female releasing eggs between five and seven times during spawning season.Atlantic mackerel can be found in the temperate waters of the Atlantic Ocean, Mediterranean Sea, and the Black Sea. 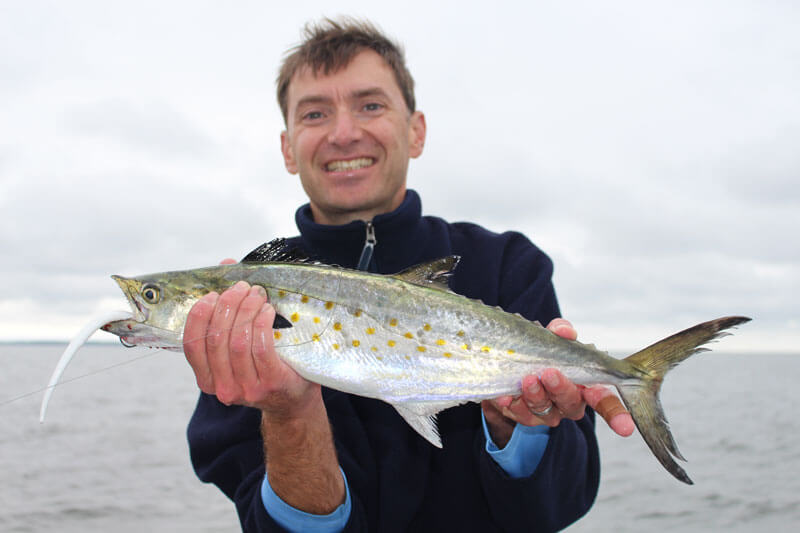 They then migrate west along the northern Texas coast and Mexico coastlines between August and November. By March and April, the adult fish are ready to spawn.

The cero mackerel is a species of marine mackerel found in coastal waters throughout the eastern Atlantic and Gulf of Mexico. Its range extends from Massachusetts to Brazil. They are plentiful in the Caribbean Sea, Keys and Bahamas.

They are generally solitary but may school in shallow waters. When fishing for Cero, use a troll bait or a lure, preferably a squid. These fish have sharp teeth and can be caught easily using fast trolling techniques or lures. If you plan on using lures, use wire leaders and a strong line. 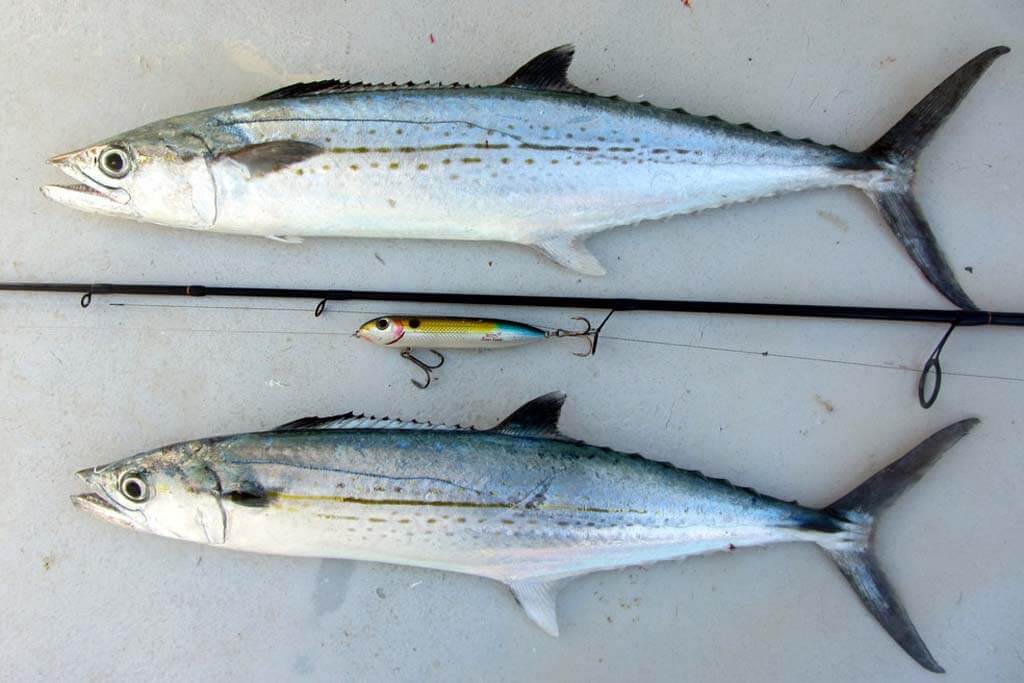 It prefers the warm coastal surface waters of the Western Atlantic, where it hunts smaller fish and can grow to be 30 inches long. Because of its speed and agility, it is a popular sport fish as well as a good food fish.

While the cero mackerel has little commercial value, it is a popular game fish. The cero is commercially caught using gillnets and lines throughout the Caribbean, particularly in the Bahamas and the West Indies.

Trolling with cut bait is a popular method for catching this mackerel for sport fishermen. Fishermen frequently confuse the cero mackerel with the king mackerel and the Spanish mackerel. It is a good food fish that is sold fresh, smoked, and frozen and can be eaten pan-fried, broiled, or baked.

The juvenile stage of king mackerel is characterized by a variety of behavioral and physical characteristics. In North Carolina, king mackerel reach up to 60 inches in length, but most recreational king mackerel grow to 35 to 45 inches in length. They feed on small fish, including mullet, thread herring, and sardines. When they are in pursuit of their prey, they often leap out of the water. 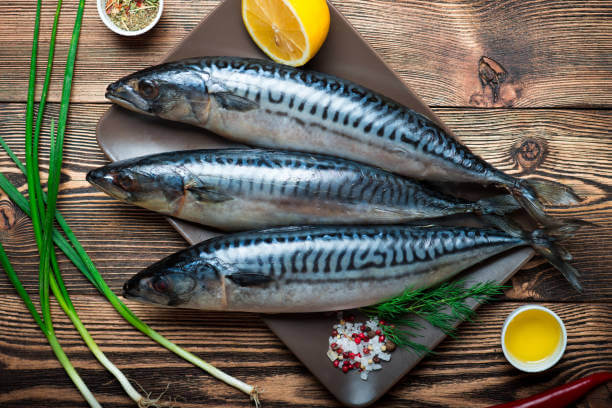 Unlike other species, the king mackerel in North Carolina is supported by both commercial and recreational fishing. The total landings for the species were slightly below a million pounds in 2017; 66 percent of these were caught by commercial fishermen.

The recreational harvest, however, has dropped precipitously since 2008. Landings are 26 percent below the 10-year average. Despite these declines, recreational fishing continues to be an important source of revenue for the state’s fisheries.

The Sierra Mackerel is a fast-moving member of the Mackerel family. They are found in cooler waters than tropical gamefish. They are metallic blue/green on top, with bright yellow spots all over their body.

Sierra Mackerel are abundant along the Pacific coast and can reach 20 pounds. They are not particularly heavy relative to their length. They are also a favorite of shore fishers in Southern California. 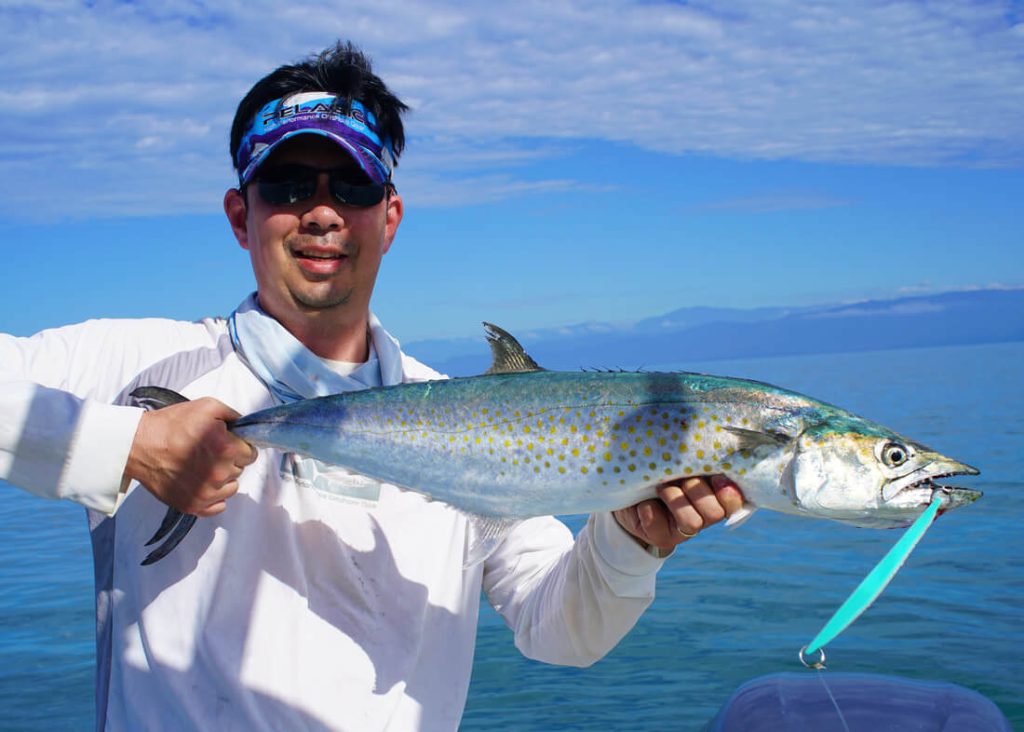 The main threat to the Sierra Mackerel is its natural predators, which hunt them for food. Mackerel migrate northward to warmer waters, and they are preyed upon by sharks, tuna, and bottlenose dolphins. Their diets also differ depending on their age. They are susceptible to parasites.

This long, cigar-shaped fish has a sharply pointed head and a broad forked tail. The wahoo has a brilliant or dark blue back covered with twenty to thirty vertical bands of blue that continue down its silvery gray sides.

These bands sometimes join to form pairs below the belly. The wahoo has a movable upper jaw, containing forty to sixty teeth. The teeth are large and laterally compressed, and the gill structure resembles that of a marlin. However, the gill structure is different, without gill rakers. 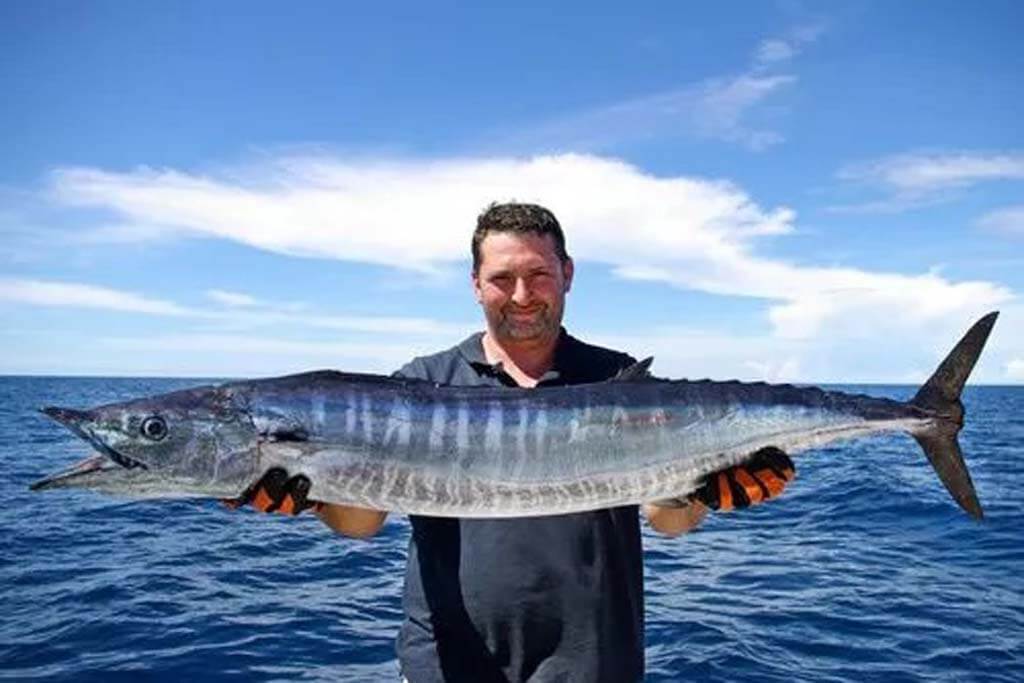 When it comes to cooking wahoo, it is important to remember that the flesh is white, but it does contain some dark spots. This is because it is a relatively small fish, and you should be able to separate the lateral line from the flesh.

It is best to remove the dark ring from the center of the wahoo before cooking. Nonetheless, the meat is delicious and very lean, making it an excellent choice for light-tackle fishing.

Shark Mackerel is a pelagic species native to Australia’s northern coasts and southern Papua New Guinea. It has two lateral lines that branch off from the first line just below the spines on the dorsal fins and is olive-green in color. These fish are simple to fillet and cook, and the flesh is delicious. Shark flesh, when properly prepared, is a delectable meal for the entire family. 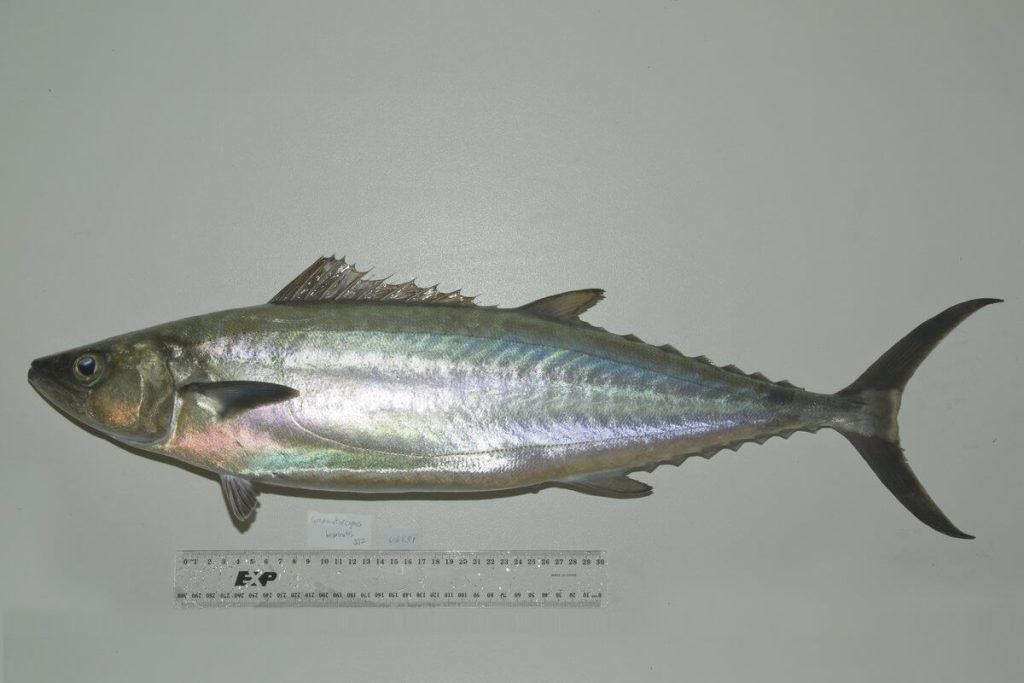 The shark mackerel is a delicious, and healthy way to get omega-3s into your diet. It is also very low in calories, which means that it can be eaten by people of all ages. Its nutrient-dense flesh is an excellent source of protein. Its taste is one of the best in the world. While you can eat the whole fish in one sitting, make sure to eat some first before cooking it up.

The Queen mackerel is a ray-finned bony fish in the mackerel family Scombridae. It is found in subtropical waters from the western Indian Ocean, Seychelles, Kenya, and Zanzibar to South Africa and along the western coast of Madagascar.

It is also known as the Kanadi swordfish, queen mackerel, or spotted mackerel. The kanadi kingfish is commonly found in depths ranging from 50 to 200 meters (164 to 656 ft). Specimens weighing up to 12.5 kg (28 lb) and measuring up to 120 cm (47 in) in length have been recorded. It primarily feeds on small fish such as anchovies and clupeids, as well as squid and mantis shrimp. 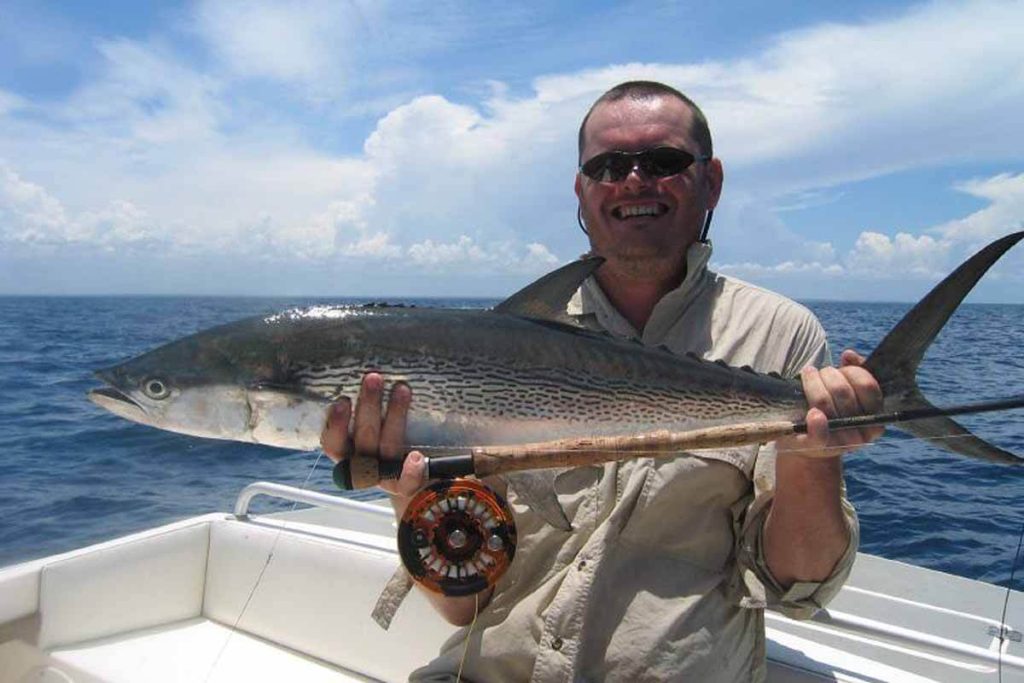 If you are considering fishing for a Queen Mackerel, then you have a lot of great choices. Mackerel is an excellent choice for freshwater fishing and is one of the most common types of fish found in the ocean.

In addition, you can catch Queen Mackerel once you have bait in your line, you can drop a hook into the water and wait for the fish to jump out. It is best to use a large enough hook that can handle the weight of the fish. Once you’ve hooked the fish, you can remove it from the water and keep it for your next fishing expedition.

The Double-lined mackerel is a commercial fish in the Mediterranean Sea, the Red Sea, the Andaman Sea, and the Ryukyu Islands. They are found in shallow seas and are harvested in many parts of the world. 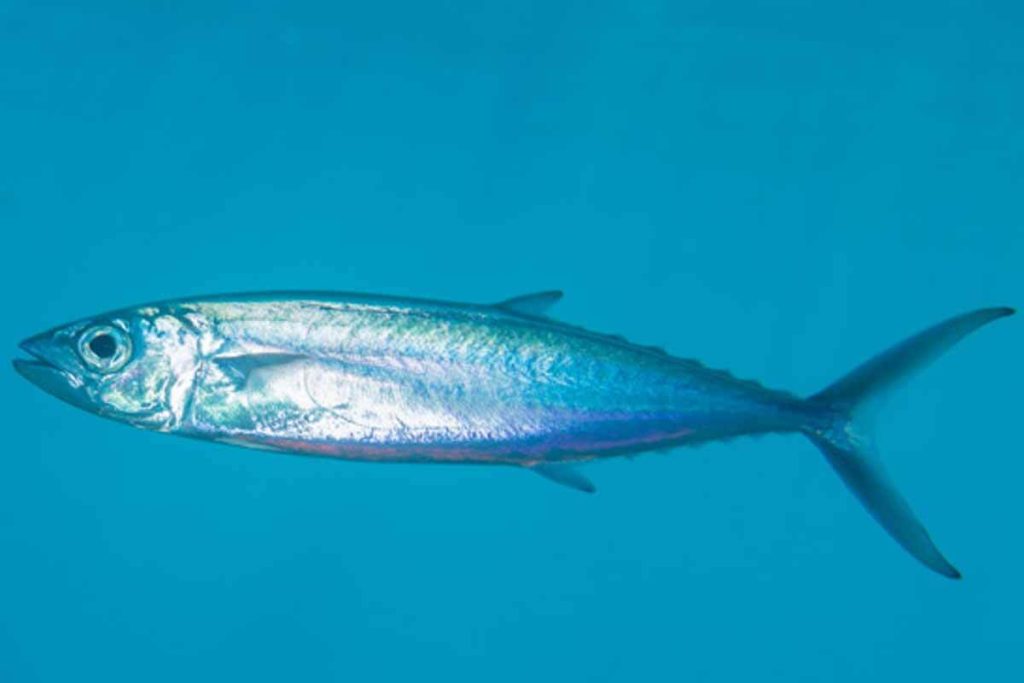 Because of its large size, double-lined mackerel that is why is also known as scad mackerel. It is most often caught between May and November.It lives in open water but is frequently seen swimming near outer reef walls or deep clear-water slopes   It is mostly found in shallow reef waters in large schools.

Basically eats  Crustaceans and fishes, particularly clupeoids (Sardinella, Thrissocles), as well as other fishes such as Sphyraena and Balistes. It is sell in canned and frozen . Its flesh is mild and flavorful, but it should be brushed with lemon juice before cooking to remove the ammonia-like odor.

If you love to fish, you might want to consider the Streaked Spanish mackerel. This fish is often found along the coastline of Maharashtra and Gujarat in India. It is also known by several other names, including carite and streaked seer. It is also used as baitfish, but most of all, it is popular for its delicious, oily skin. Learn about this fish and how to catch it to try it for yourself!

While many of the species in this genus are similar, it is important to know which one you are catching. While Spanish mackerel are commonly found in the Mediterranean Sea, they are also found off Cape Cod.

Their green dorsal area and yellow streaks make them easy to identify. These fish can reach sizes of 13 pounds (6kg) and weigh up to 14 pounds. In addition to their flavor, Streaked Spanish mackerel also makes an excellent source of protein for grilled fish.

These fish are popular for fishing and have a high market value. Their range ranges from North Carolina to Texas, where recreational anglers can catch them with lures or trolling plugs. However, despite the high value of these fish, the amount of recreational harvest has decreased steadily.

CONCLUSION about Types of Mackerel

In genereal, mackerel are migratory fish. They can move to a warmer area near the outer edge of the shelf where the water temperature is between 44deg F and 46deg C year round. These waters extend along the outer coast of Nova Scotia. Mackerel live in a variety of freshwater habitats, including rocky beaches, deep sea, and colder waters.

FAQs about types of mackerel

What are the nutritional benefits of mackerel?

It is high in potassium(an essential mineral for the nervous system and muscles)and phosphorus(an essential nutrient for bone and tooth development). Mackerel is also high in iodine, a mineral required for the proper functioning of the thyroid gland, which regulates fetal growth.

What diseases does mackerel protect against?

Because of its high vitamin B3 content, this fish is recommended for the treatment of diseases such as diabetes, arthritis, and tinnitus.

How can you differentiate between melva and mackerel?

The species (Scombber Colias and Scombber japonicus) of mackerel belongs to the scombrid family. The species’ melva (Auxis rochei and Auxis thazard) is a member of the tuna family.

What type of fish is Mackerel?

Mackerel is an oily fish that belongs to the scumberid family and is very plenty in the Mediterranean and Atlantic Oceans. It has a delicious white meat that lends itself to a variety of preparations such as stewed, with onion, pickled, or baked (and it is also very common to find it preserved).

When is mackerel season?

It is best consumed between January and March, and between October and December. It is a heavy with a very rich and intense flavor, and when fully matured, it has a fat content that enhances its juicy texture.

Can I eat Mackerel everyday?

Mackerel is high in vitamin A, a nutrient that aids in the maintenance, growth, and repair of various tissues in the body, as well as bone growth and nervous system development.