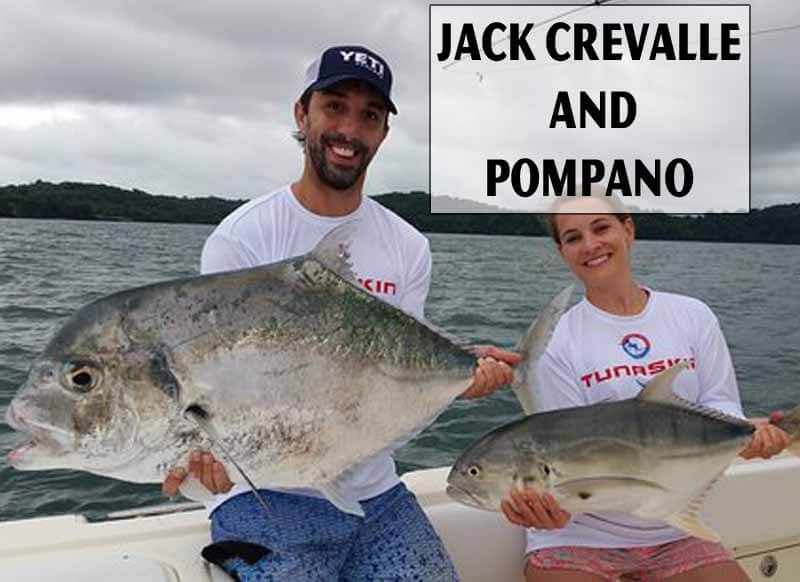 Recreational anglers frequently mix up the pompano and jack crevalle because they have similar appearances and are both members of the Carangidae family.

In this essay, I’ll describe how jack crevalles and pompanos differ from each other and what to look for to positively identify a fish the next time you catch one.

There are two simple techniques to distinguish between a pompano and a jack crevalle.

The first is to search for the distinctive black patch that only a jack crevalle has on its gill cover. The following characteristic is black dots on the pectoral fins, which are also unique to jack crevalles.

Other variances exist, too, including those in general body shape, head size, coloring, and fin size. Below, I’ll go into greater depth about those.

Differences Between Pompano and Jack Crevalle

The most notable distinction between these two species is size. Pompano is substantially smaller than jack crevalles. 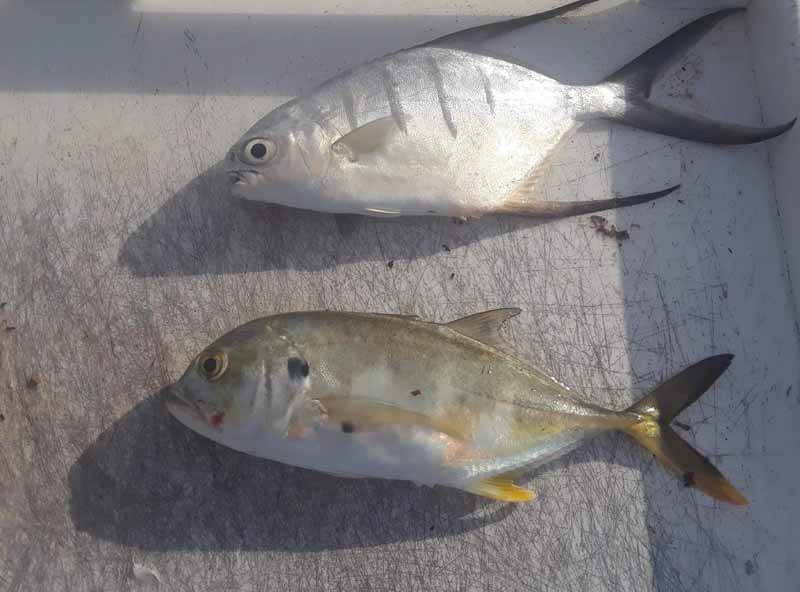 The usual length of a pompano is little about twelve inches, and they rarely weigh more than a few pounds. Over eight pounds is the pompano world record.

Jack crevalle, on the other hand, are typically between one and two feet long and weigh between three and five pounds. Trophy jacks over fifty pounds and four feet long have been caught! 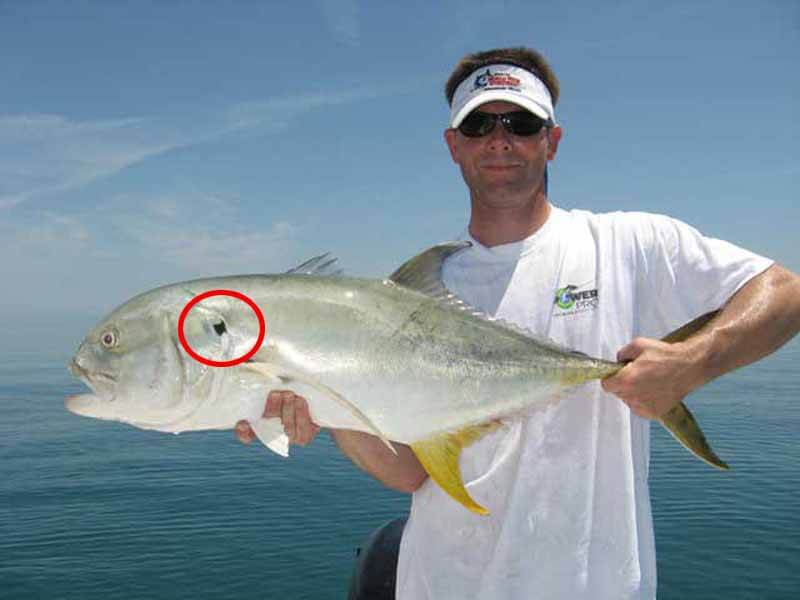 The head of a pompano practically resembles a football, whereas the head of a jack crevalle is much blunter and has a very sharp forehead.

In comparison to a jack crevalle, a pompano has a notably smaller mouth.

Although they frequently have the same yellow fins, they differ in terms of hue.

Pompano is extremely silvery and almost gives the impression of shimmering blue in the water. The hue of a jack crevalle is more bronze with hints of blue, green, or yellow.

The main distinction between the two is how valuable each is as food.

One of the best fish you may capture for eating is the renowned pompano!

They feature meat that is white, flaky, and moist with a pronounced salty/sweet flavor. They are popular with chefs because they produce uniformly thick filets, which facilitates both cooking and presentation. 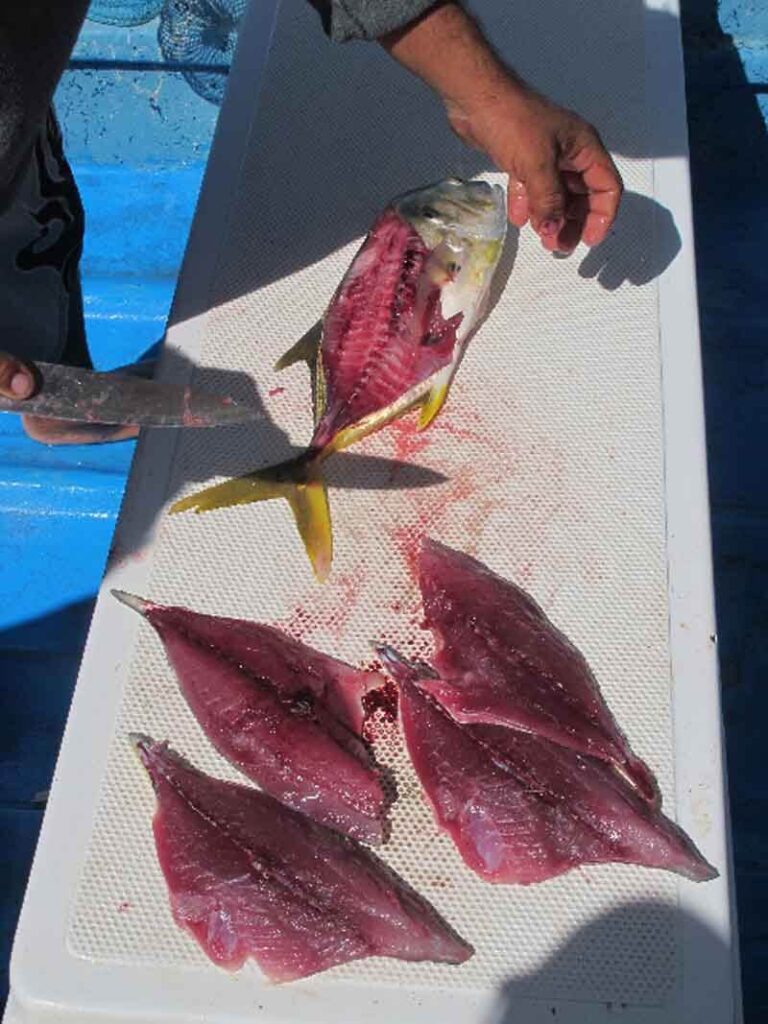 Pompano is raised commercially because they are so well-liked and fetch high prices at markets.

The few jack crevalle recipes you’ll come across heavily rely on techniques like soaking in milk, bleeding it right away, coating it in juice, or any other tactic used to mask the taste.

Even while there is a commercial fishery for jack crevalles, it primarily serves industrial needs. The few jack crevalle recipes you’ll come across heavily rely on techniques like soaking in milk, bleeding it right away, coating it in juice, or any other tactic used to mask the taste.

How To Identify A Jack Crevalle Correctly

A jack crevalle is distinct for a few reasons. There are also more obvious markers, in addition to the blunt head profile, yellow fins, and bronze/yellow color.

The first is a recognizable, obvious black patch on the gill cover. At the base of the pectoral fins, there are more black patches.

A two-part dorsal fin on the jack has the appearance of two dorsal fins. Even though the double fin isn’t always visible in immature jacks, this is arguably the best way to tell the two species apart.

Compared to pompano, jacks have longer, more pointed pectoral ends of their tail, the jack crevalle has another distinguishing feature. You will feel the rough bony plates known as scutes on a jack that a pompano does not have.

You risk getting cut if you feel for the scutes.

How To Identify A Pompano Correctly

To determine if you have caught a pompano to keep for supper, there are several other things to check for.

The distinctive carangid body form, along with the football-shaped head profile, the silver color, and frequently yellow fins, serve as the first indicators.

Jacks feature distinguishing spots on their gill cover and pectoral fins, which the pompano lack. Additionally, rather than narrowing to a point, their pectoral fins are rounded.

The jack crevalle’s tough, bony scutes are completely absent from the pompano’s smooth tail base.

Why All The Confuse?

It is understandable why jacks and pompanos are frequently confused. They share a common and very recognizable body type, sometimes referred to as the carangid body type, being members of the same family 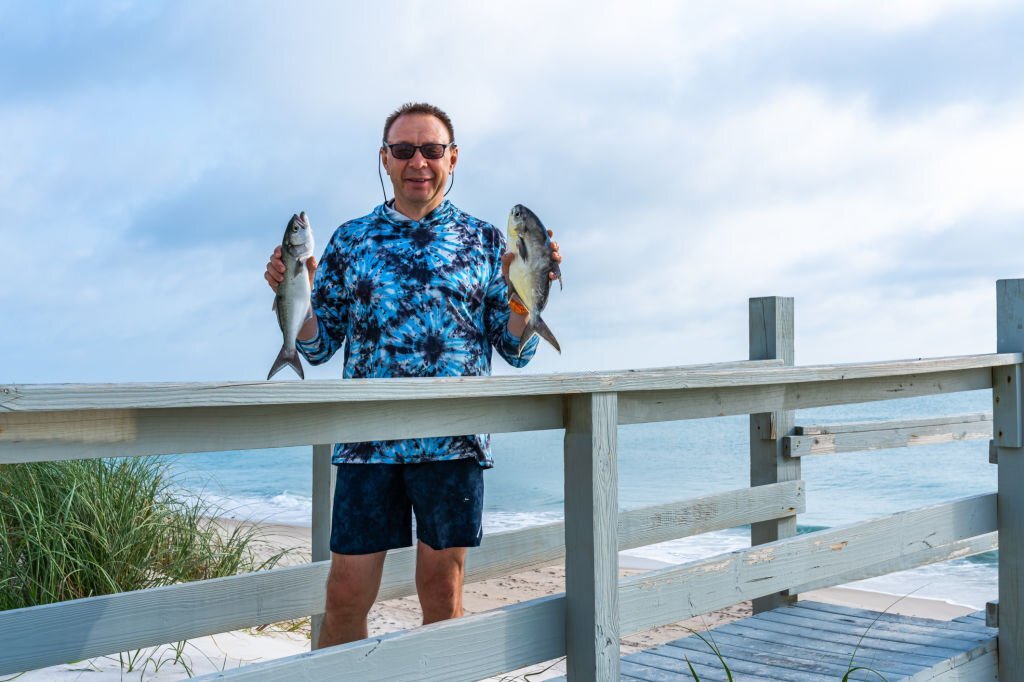 They frequently share neighborhoods. Both species can be found in coastal temperate and tropical waters, and they migrate south as the seasons change from warm to cold.

They both consume the same foods and are well-known for their aggressive feeding habits and for putting up fights that are much bigger than their stature would suggest they could.

Both species favor traveling and hunting in sizable packs.

There is significant overlap across individuals even if the species may be larger or smaller overall. A mature pompano might even be larger than a young jack crevalle in size.

The fact that both species frequently have highly visible, bright yellow or gold fins is one of the main causes of the misunderstanding.

Is a pompano a jack?

The jack family, Carangidae, which has roughly 140 species worldwide, includes the pompano and permit.

Jacks are distinguished by their silvery, slender bodies and sharply forked fins on the tail. Dorsal fins are extended on many.

Are Jack Crevalles Good Fish to Eat? Although Jack Crevalle fish are reputed to be great fighters, most anglers concur that they lack flavor and taste. 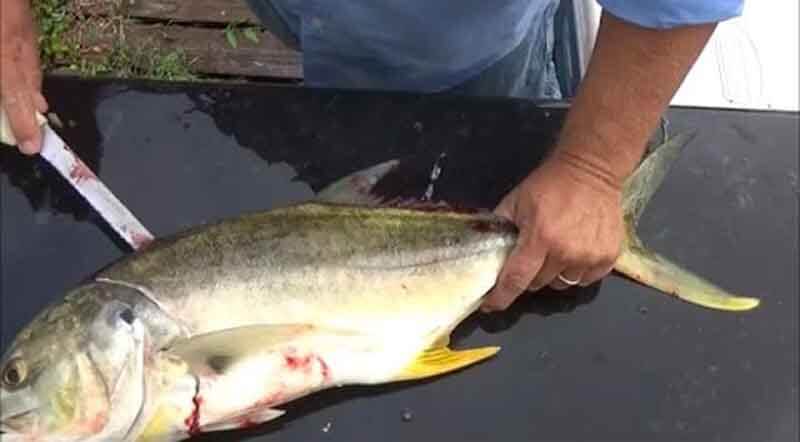 It is difficult to prepare them according to Western standards because the meat is black from blood and has an oily texture.

Despite being distinct species within the wider family Carangidae, the amberjack and jack crevalle are both members of that group.

While amberjack belongs to the genus Seriola, jack crevalle is in the genus Caranx. Even though there are other amberjack species, the bigger amberjack is the one that confuses the most frequently.

Is pompano a tasty fish?

Yes, pompano is a very tasty fish that can be prepared quickly and with little spice. Pompano fish are unique among saltwater fish species in terms of flavor and cooking simplicity.

They are not particularly huge fish, making it simple to prepare them in a skillet.

How many pompanos may each Florida resident keep?

A daily catch and landing limit of 250 individual Florida pompanos apply to anyone who collects the fish in state and federal waters while holding a saltwater products license with a restricted species endorsement but not a pompano endorsement.

A jack Crevalle and Pompano can be differentiated considering different variances which include general body shape, head size, coloring, and fin size.