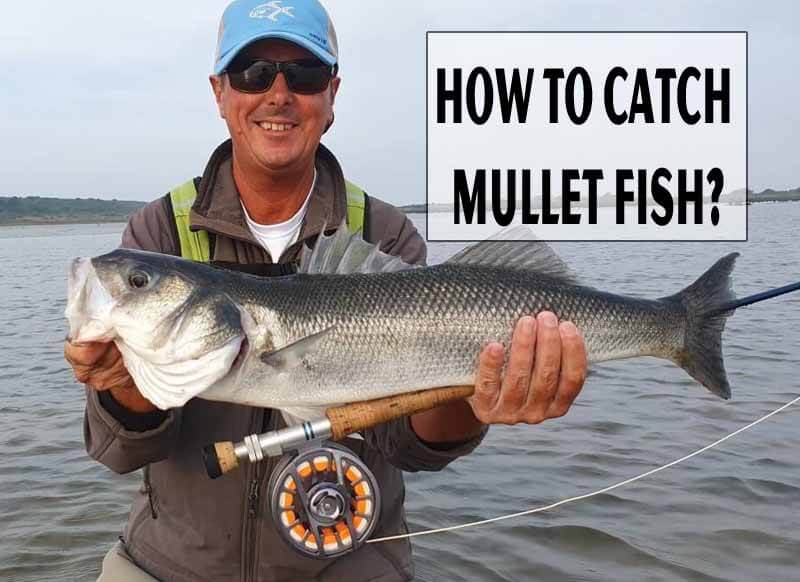 There are numerous ways to go about pursuing mullet, which can be enjoyable. Numerous mullet species live in warm coastal seas and occasionally freshwater all around the world.

The waters of Florida are particularly rich in them. Algae, debris, and other microscopic marine invertebrates are their main sources of food.

It might be challenging for novice fishers to catch them with a hook and line because they are unlikely to chase after common bait. Mullets are typically collected with haul seines and cast nets.

Using the various techniques will result in very varied fishing experiences, so pick the one that works best for you.

Catching Mullet with a Cast Net 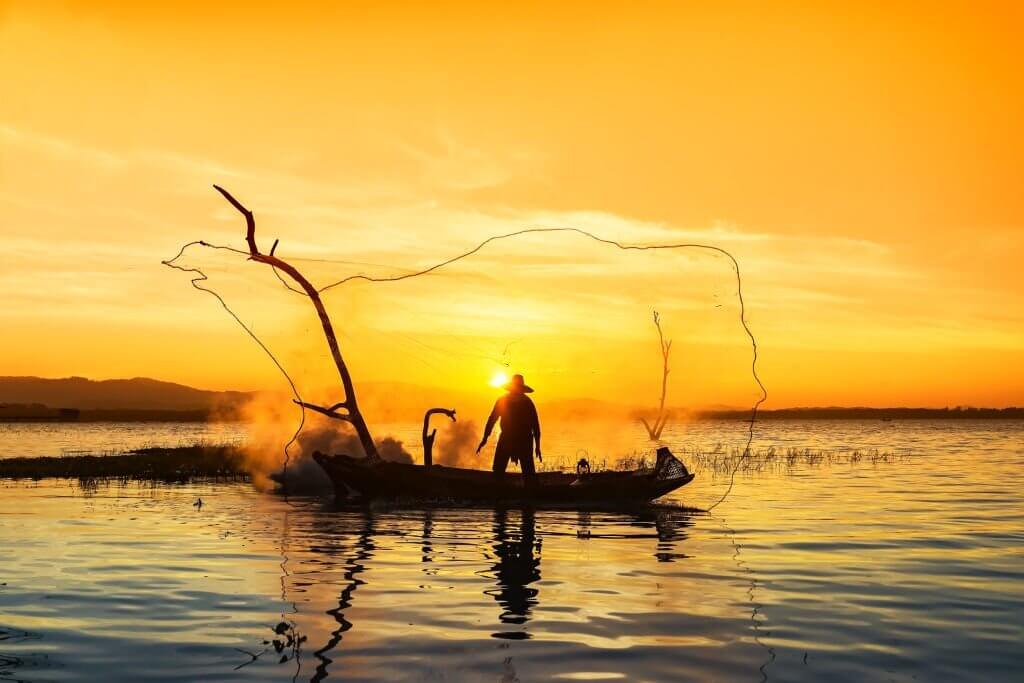 Mullet fishing using cast nets is perhaps the most popular method because of how they frequently gather in big schools and show up at the surface of the water.

Mullets are known to have exceptional eyesight and can dart away rapidly when they perceive a net being cast, so even though this method is simpler and more effective than using a hook and line, it is still risky.

Make sure you know how to manage the situation before casting your net into the ocean. If you make a mistake, the mullet might not stick around to offer you another chance. Setting up a target in your backyards, such as an old tire or a ball, is a fantastic method to practice.

Find an mullet gathering area that you can access with your net. Mullet can frequently be found in or close to sea walls, off piers, inshore from boats, and in or near shady canals and streams

The mullet may be highly active in the water, leaping in and out, and they frequently travel in large schools. This implies that they may be rather simple to notice if any are present nearby.

Check the water for any irregularities, such as bubble areas. Be patient and keep an eye out for fish breaking the water’s surface.

It’s time to cast your net whenever you see some mullet within striking distance. The rope should be gently looped around your arm with the other end of the rope wrapped around your throwing wrist. With the weights at the bottom, let the net fall by your side.

If a net is a cast, it will settle to the bottom of the water and capture any unfortunate mullet. Keep the rope slightly taut so you can feel what is happening.

In the water, the net will scuttle down. You’ll eventually feel it touch the bottom, at which point the rope you’re holding will stop lowering itself into the sea.

As soon as this occurs, start pulling it back toward you. When you feel it touch the bottom, give the net a quick tug to shut it and trap the fish.

To keep everything neat and reduce the chance of tripping or tying yourself up, coil the rope over your arm as you pull it in. 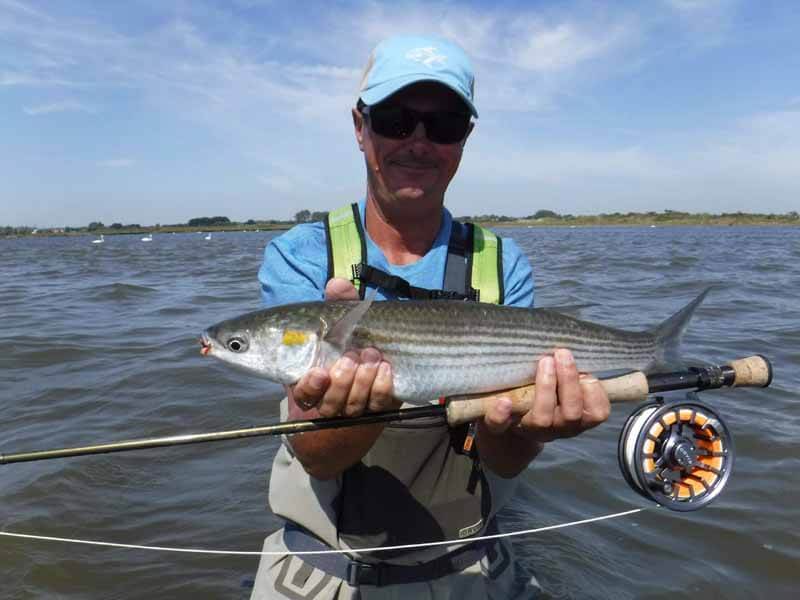 Depending on where you reside and the type of mullet you are looking for, there are several places to find mullet. Mullet can be found in tidal rivers, estuaries, harbors, and canals.

If they are there, you should be able to see them because they frequently congregate in large schools and are close to the surface.

As they graze on algae, they are frequently spotted in sizable groups during rising tides.

To catch a mullet, no complex tackle is required. Simply make sure you have a lightweight rod and click-drag reel.

It might be challenging to bait for mullets because different types of bait are both encouraged and discouraged.

No bait is ever guaranteed, and this is particularly true for the mullet, which feeds on algae and invertebrates. There are several excellent baiting strategies available for you to think about and try out. These consist of:

Mullets congregate in schools close to the surface, making fly fishing a useful method for catching them. You’ll need a little fly, and don’t anticipate that the bottom-feeding mullets will respond to a bright, showy bait.

Try casting in front of the mullet while they feed while throwing some chunks of oatmeal into the water.

When fly fishing for mullet, a batter mixture made of bread and oats can be successful.

Once you get a bite, you’ll quickly realize that mullets are fighters on the hook despite their comparatively small size.

Don’t try to reel them in too rapidly; reel them in slowly. For the last catch, you might want to think about employing a landing net.

Using a Hook and Line and Chum Bait

With a standard hook and line, mullet fishing can be very challenging. Using chum bait is one technique to improve your odds while still using a hook and line. Mullets will start feeding in big numbers after being drawn in by a chum bait. Once you’ve cast into the chum, your chances of getting a nibble or two during the feeding frenzy are good.

A cork or floating marker for depth can be added, as well as hooks set about 10 inches (25 cm) apart.

You must now prepare your bait. You will require water, oats, and laying mash (such as chicken feed). In a small tub, combine oatmeal and mash in equal parts.

To achieve a dough-like consistency, add just enough water. The mixture shouldn’t be too thick or it may take too long for it to dissolve once added or it may simply sink to the bottom.

It’s time to throw the bait mix into the water once you’ve located a nice location where you know there are mullet in the area.

You must throw into the chum as soon as it starts to dissolve. Cast your line after threading a small piece of jerk bait onto each hook.

Mullet fishing is a traditional way to put food on the table or test your skills against a lively, keen-eyed fighter. Florida mullet are among the largest and, according to locals, the tastiest anywhere. 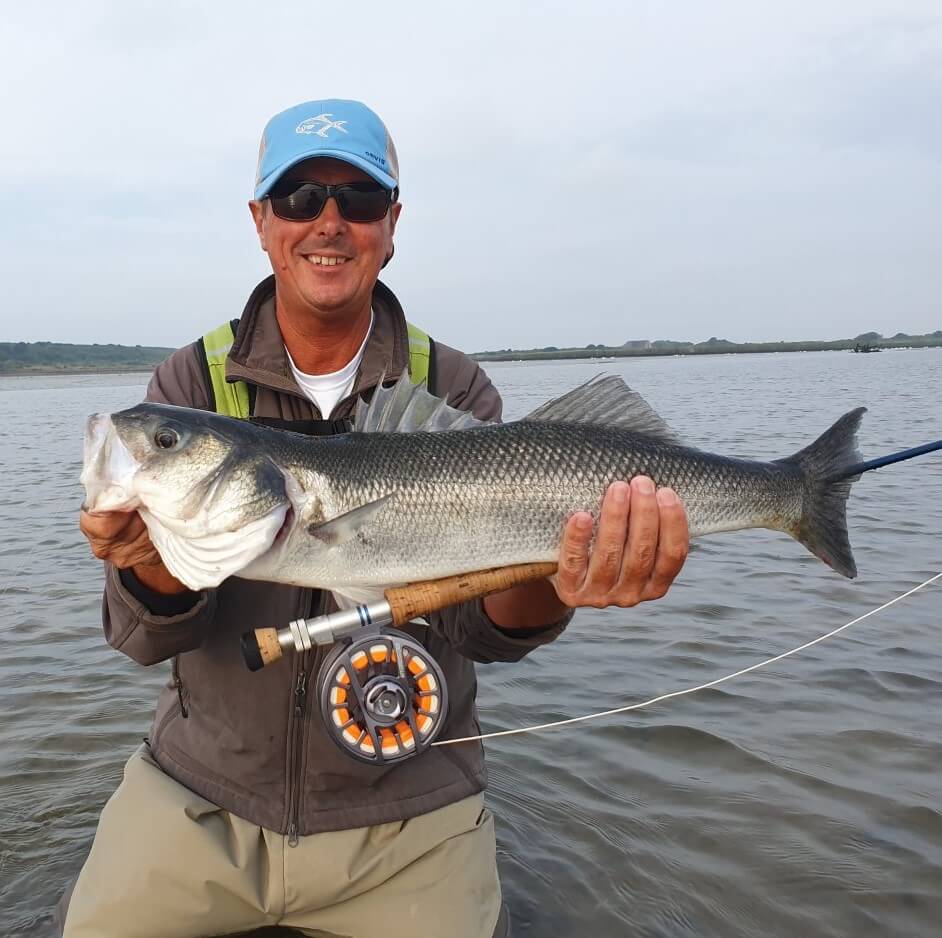 In Florida, recreational anglers can test their prowess against the mullet’s cunning from a beach, dock, or open boat.

A state fishing license is required for the majority of inhabitants between the ages of 16 and 65, and according to Florida Fish and Wildlife Conservation Commission rules, this can be done easily.

Some out-of-state guests could be asked to provide a current fishing license from their home state.

They used to be so common that you might witness enormous shoals of mullet sweeping by in crystal blue water or watch them roil the water and leap into the air at twilight and morning.

After years of overfishing, Florida now regulates commercial mullet fishing, however the species are not endangered and recreational fishing merely has seasonal bag and gear limits. In freshwater, spear fishing is not permitted.

Everywhere is fine with smaller cast and seine nets, hook and line, and gigs, and saltwater are allowed for spearfishing.

Each person is allowed a daily bag restriction of 50 fish, with vessel limits of 50 fish from September 1 to January 31 and 100 fish from February 1 to August 1 throughout most of the state.

Perhaps not as well-known as coveted gamefish like snook, tarpon, or redfish, mullet is a lowly fish. Nevertheless, they still present a wonderful chance for the eager angler.

I wish the advice in this post might motivate you to get outside and enjoy mullet fishing!