Can You Eat Mullet? 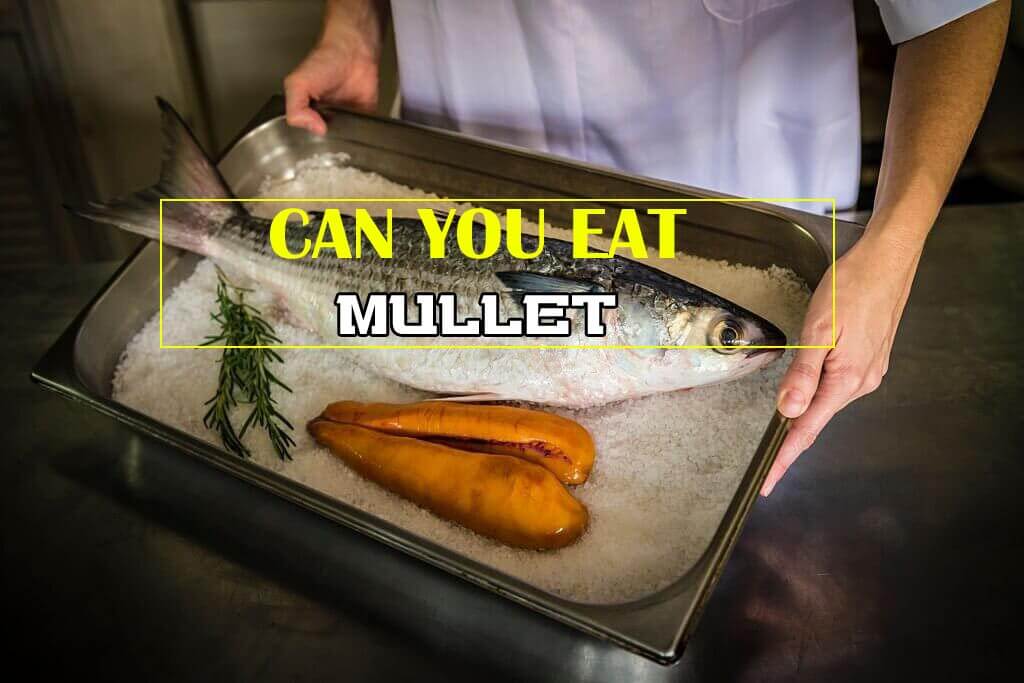 Mullets are popular for being live baits to other fishes. But most people think that most fishermen and anglers miss on mullet as a dish fish. Given this, it is safe to ask, can you eat mullet? The fast answer is yes. Thus, in this post, we shall look into all things mullet to further establish the answer to the question, can you eat mullet.

More popularly known as grey mullet, this fish scientifically belongs to the family Mugilidae. Historically, mullet fish were an important food source in the Mediterranean during the Roman empire.

Mullet are described as ray-finned fishes, they thrive mostly in tropical waters although some mullet species are found in freshwater. There are more than 78 species of mullet, they are identified through their small and triangle shaped mouths, and two separate dorsal fins. 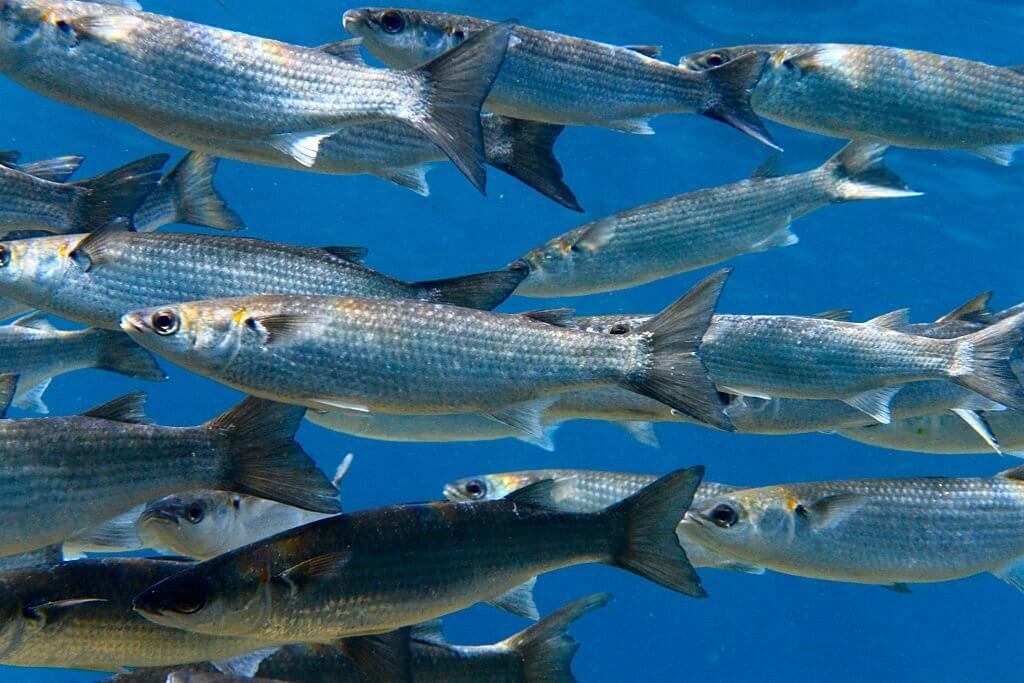 Mullet also have beautiful appearance, they are olive green and brown in color, with shiny scales, appearing striped. They could grow to up to 4ft and to a weight of 17lbs. As for lifespan, they could live for up to 16 years in captivity.

In terms of behavior, Mullet are unique for their ability to leap out of the water. Experts suggest that they do this either to escape predators or to get oxygen boost by clearing the gills. As for reproduction, they could spawn eggs at a 50-mile radius.

What do mullets eat?

Mullets eat bottom feeders, mullets eat about anything. But specifically, they feed on small insects and food morsels that they can found in the sea or river bed. As such, they are vulnerable to parasites. This is one of the reasons why eating mullet fishes is questionable for some fishermen and anglers.

What is mullet fish similar to?

In terms of appearance, it could be easily mistaken to swordfish, amberjack or Spanish mackerel. This is so because they are all ray-finned. In terms of taste, mullet fish are usually likened to the taste of mahi-mahi and pompano fish. 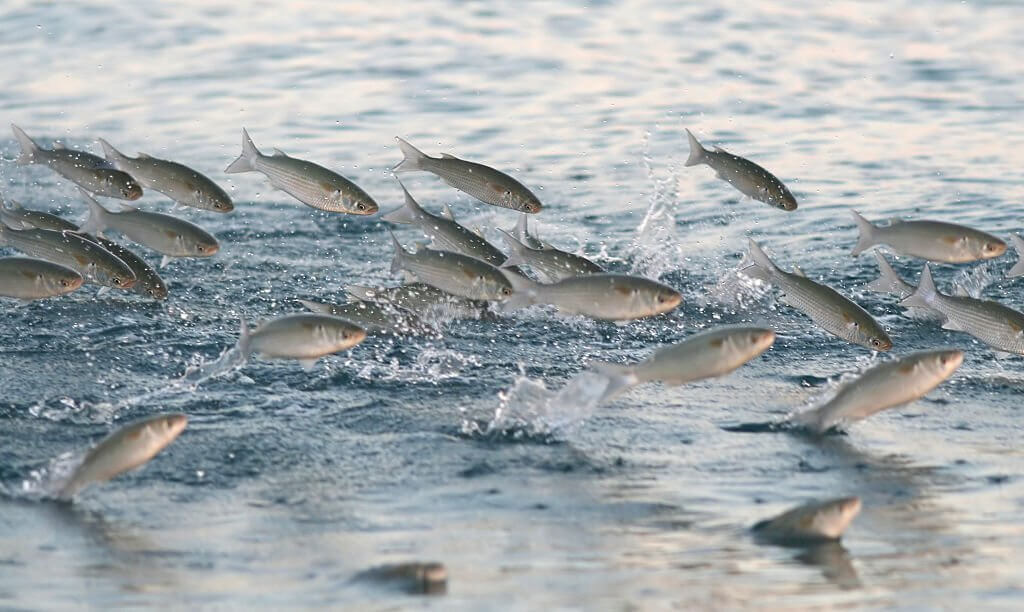 Compared to swordfish and Spanish mackerel, mullets have far lower mercury content. On the other hand, compared to mahi-mahi and pompano, mullets are way more affordable but with the same nutty, flavorful taste.

Mullets have been given a bad reputation. They are considered as trash fish by anglers and are even dubbed as ‘rat of the sea’ by fishermen. Regardless, people eat mullet. As a matter of fact, it is a flavorful fish, popular in the southern states in the US. They are often pan fried and are visible in frying events during state fairs. 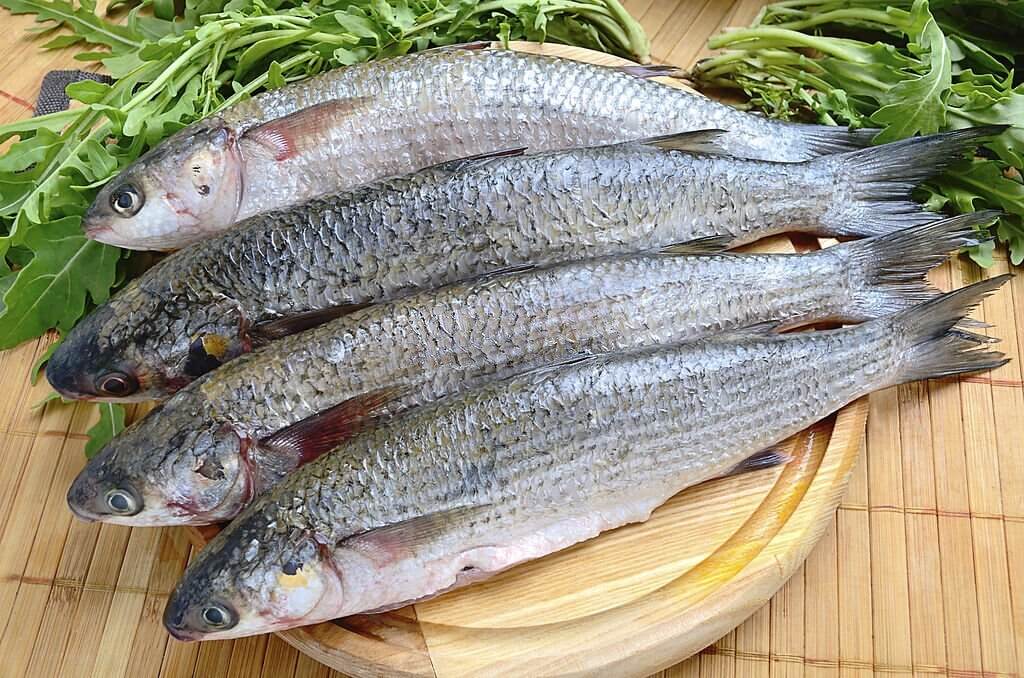 Aside from frying, mullets can be cooked using any method as you would cook white fish. As such, they can be grilled, baked, and even smoked.

They primarily get the bad rep from being bottom feeders either in the sea or freshwater. Just make sure that the river or lake where you are catching them is not contaminated for it to be safe to be eaten.

Mullets have a strong nutty taste, although fishy smelling, it is flavorful and rich with good protein. This is the reason why it earned the nickname Biloxi bacon. To prevent the fishy smell, it is usually brined for 24hrs, and/or zested with lemon and other strong spices. 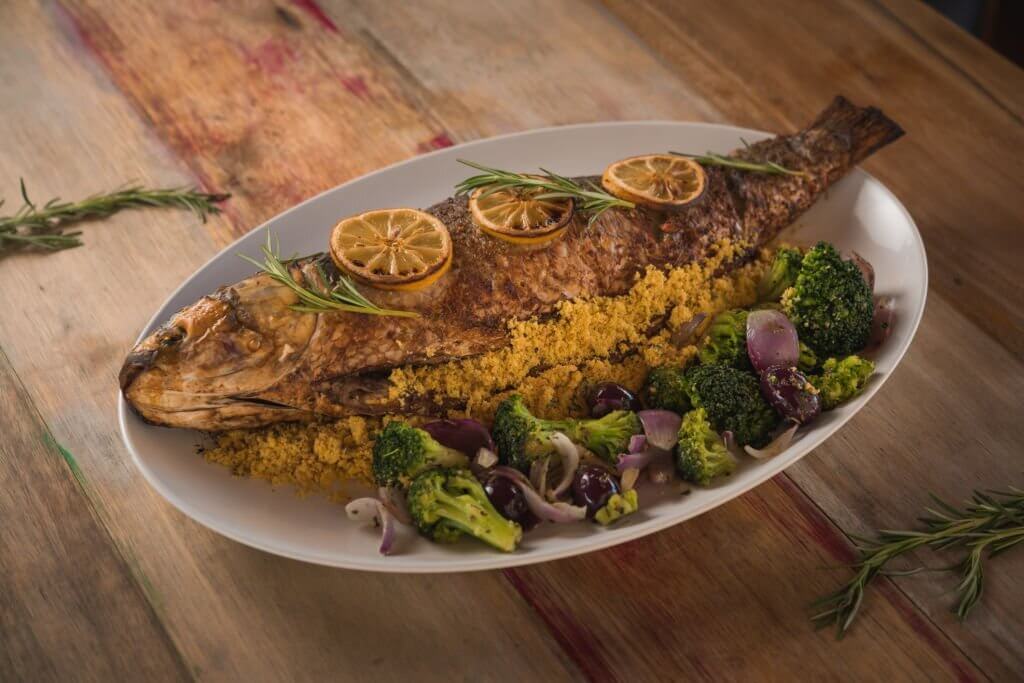 There is however, this line of fatty flesh said to have the strongest flavor. It is distinguishable for its dark color. If you want your mullet dish to have a milder flavor, you can cut this off. But those who love mullets dig this one because of its rich nutty, oily taste.

Can you eat mullet raw?

This is another question that is associated with can you eat mullet. The answer is yes, you can eat raw mullet. Although dubbed as trash fish, they have far lower mercury content compared to some priority fishes.

The best way to eat mullet raw is to marinate it lightly in vinegar or lemon juice. This does not only eliminate its fishy smell but also improves the tenderness of the mullet fish meat. 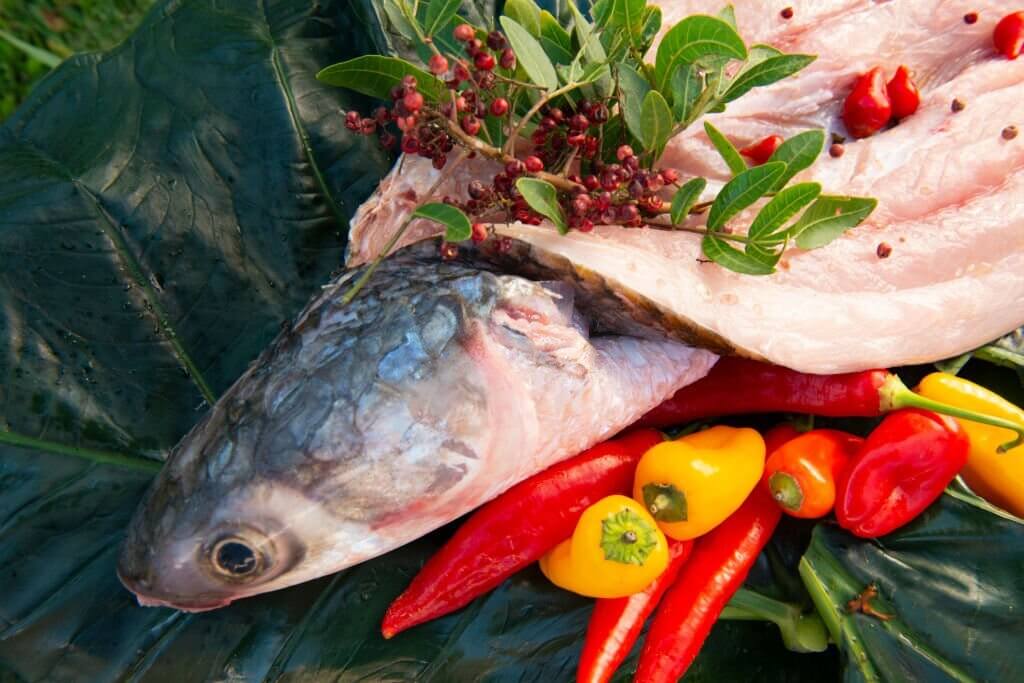 However, you have to know that serving it raw has been prohibited in most US states because it is vulnerable to the S. falcatus larvae. This parasite causes intestinal heterophysiasis. In Hawaii, serving raw mullet has been totally prohibited.

While this parasite is killed when the mullet fish is cooked or when brined with vinegar , you should still consider this before eating the mullet raw.

Does mullet have mercury?

Yes, mullet have mercury content but it is too low, it does not even matter. Mullet fish is one of the few low-mercury fishes listed by the FDA. They can be eaten by kids and pregnant women at a regular rate. Just make sure that the mullets are caught in non-contaminated water.

Are mullets healthy to eat? 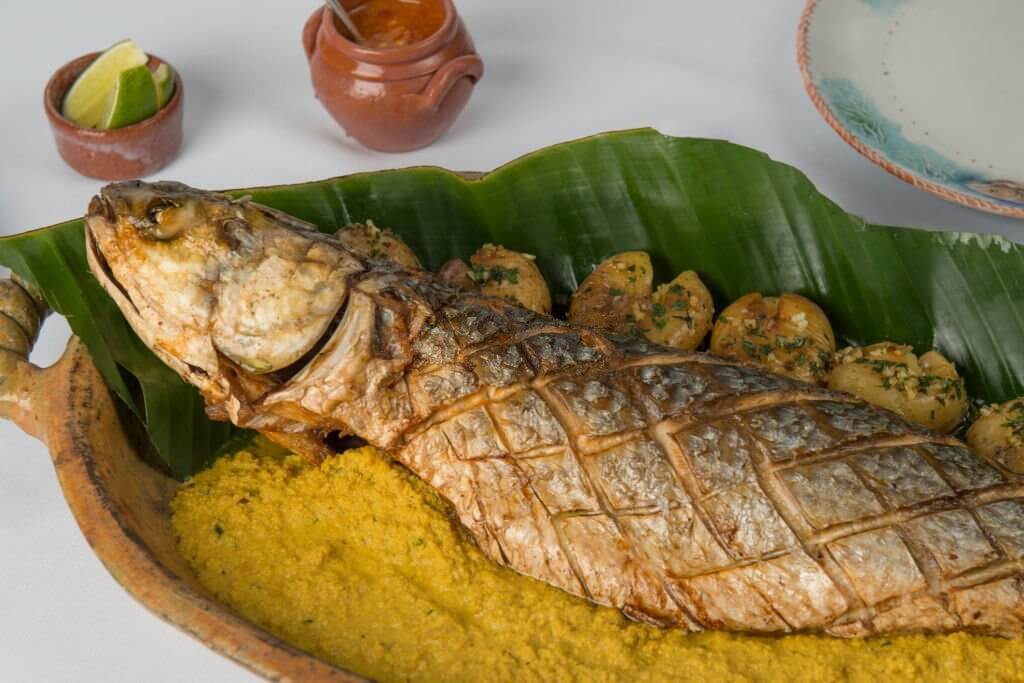 Yes. It is a good source of good protein, rich in healthy oils and fats, and has zero carbs. Also, it does not have high mercury content so it is both healthy and safe to eat. If you are looking for specifics, here is a breakdown of the nutrition content of mullet fish:

Note that this is based on 28g portion size of mullet fillet.

How to catch mullet

Before anything else, you should know that it is now illegal to spearfish mullets in freshwater. As such, you just have to stick to traditional fishing methods in catching mullets.

The rod and hook fishing remains to be the most popular way to catch mullet. However, it requires a lot of patience since you only have to use tiny hooks, this is because mullets have small mouths.

If you want to catch them in bulk, go for net fishing. To avoid injuring the mullets, it is advised that you only use nets that are slightly bigger than those 2-inch holed nets. This one is more effective because mullets swim in large schools. Seeing one would mean that there are a lot nearby.

How do you eat mullet fish?

If you search online, you would find hundreds of mullet fish recipes which you could try. The most popular ways of eating mullet fish however, is by having it grilled, baked, pan fried, and smoked. If it is your first-time trying mullet fish, it is best to keep it low-key and start with these ways of eating it. After that, you can try anything that suits your palate with this fish.

What is mullet fish used for?

They may be categorized as trash fishes in some parts of the US, but in other regions in the world, mullets are important, commercially. For one, they are offered in restaurants and served in county fairs in the southern states of the US. In Europe, they remain to be fished for consumption.

On the other hand, in Asia, striped mullets are extensively cultivated along freshwaters. In many Asian regions, mullets support coastal livelihoods as they are dried, smoked, salted, frozen and marketed fresh. 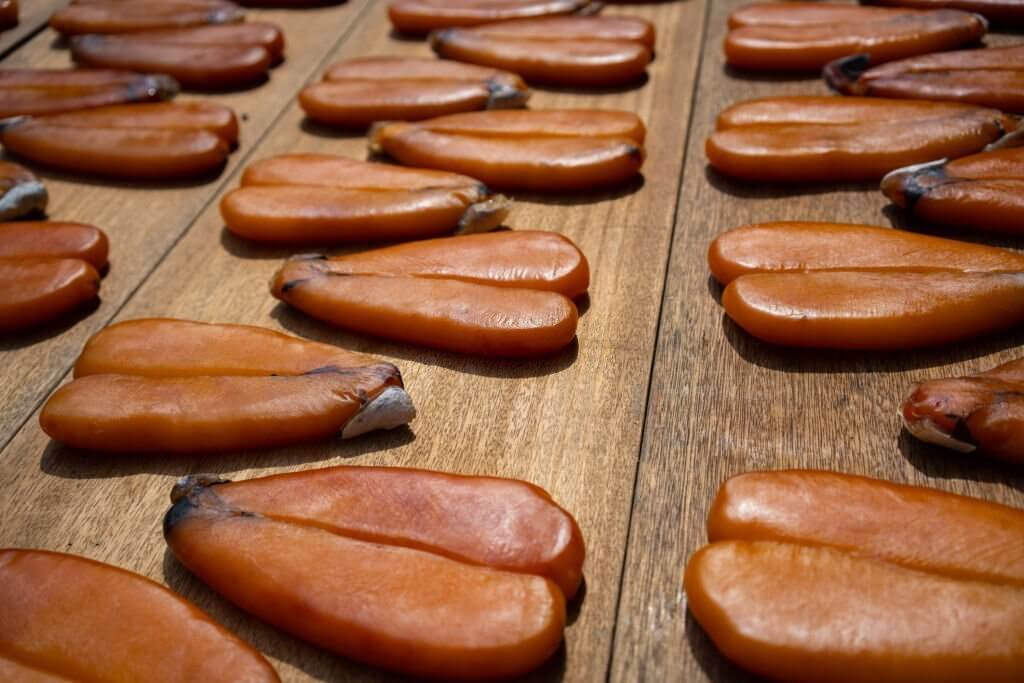 The mullet fish specifically grey mullets are also the source of the Bottarga roe. It is a prized delicacy in the Mediterranean region and is said to have been sourced out since ancient times. The Bottarga roe is pricey because of how it is processed. First, the roe is salted, and then massaged in pockets to release excess air. After that, it is pressed and further dried.

Should you bleed mullet before filleting? 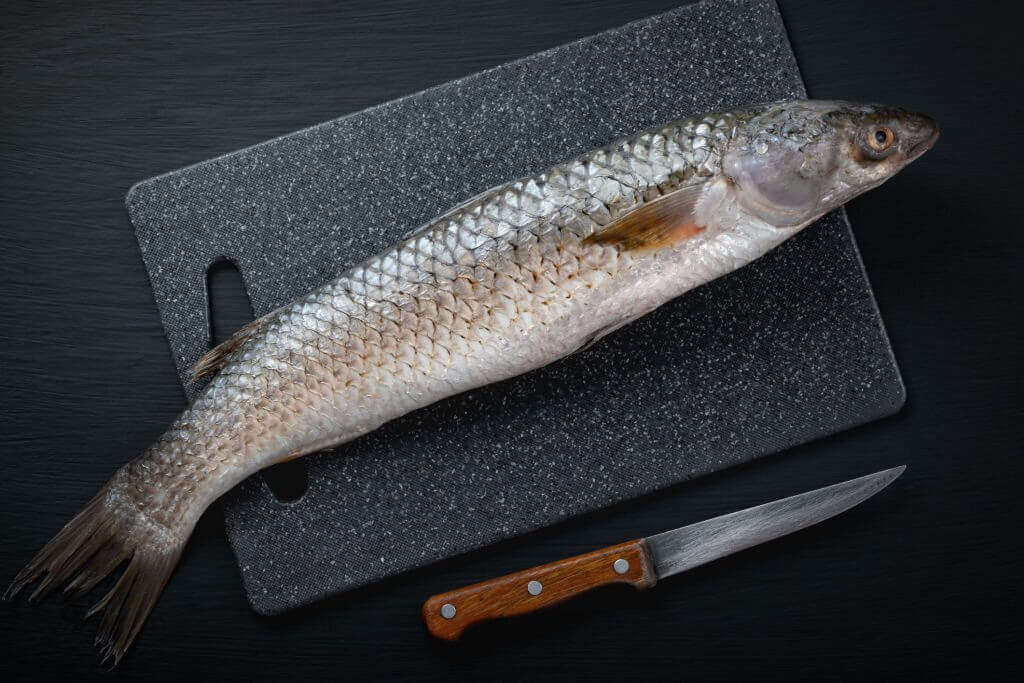 Yes, and it should be done right after catching one. Bleeding the fish helps in preserving the meat quality of the fish. Some of the major advantages of bleeding fish would be slowing down bacteria buildup, having a whiter, more tender flesh and lessening the fishy flavor of the fish.

How to cook mullet

Since we are already settled with the question can you eat mullet, it is time to get acquainted with how you to cook mullet. Here are some ways and simple recipes which you could try for this fish.

Before working your way out into more complicated recipes for mullet fish, here are some basic dishes to try.

Here are other popular and simple mullet fish recipes which you could try. 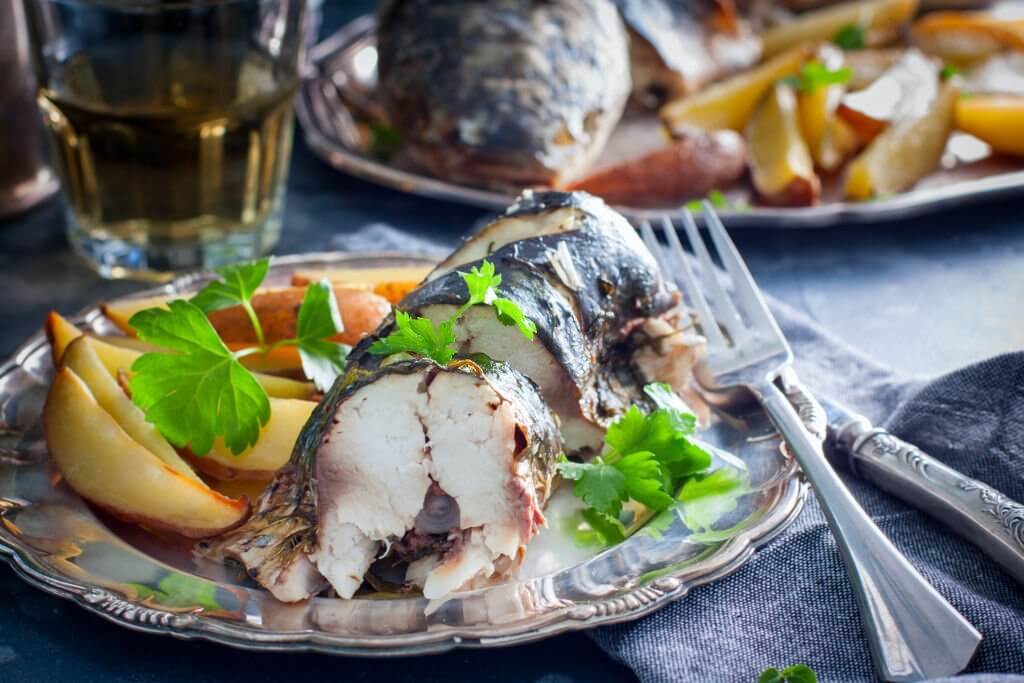 You can learn more about other fish species here.

Tarpon: Can You Eat Tarpon?

Stingray : Can You Eat Stingray? It’s Safe to Eat?

Barracuda: Can You Eat Barracuda?

Overall, the ultimate answer to the question can you eat mullet, is a big yes, it is a delicious, flavorful fish. It is also safe to eat and offers significant health content, do not be misled with it being dubbed as trash fish because really, it is not, food-wise.

Other than this, mullets are not that hard to catch, you can cook them in any way you wish to without being too hard-up in preparation.

Thank you for reading my article, I hope it helps you to understand more about mullet and how to cook it. Have fun.