Can You Eat Ladyfish? 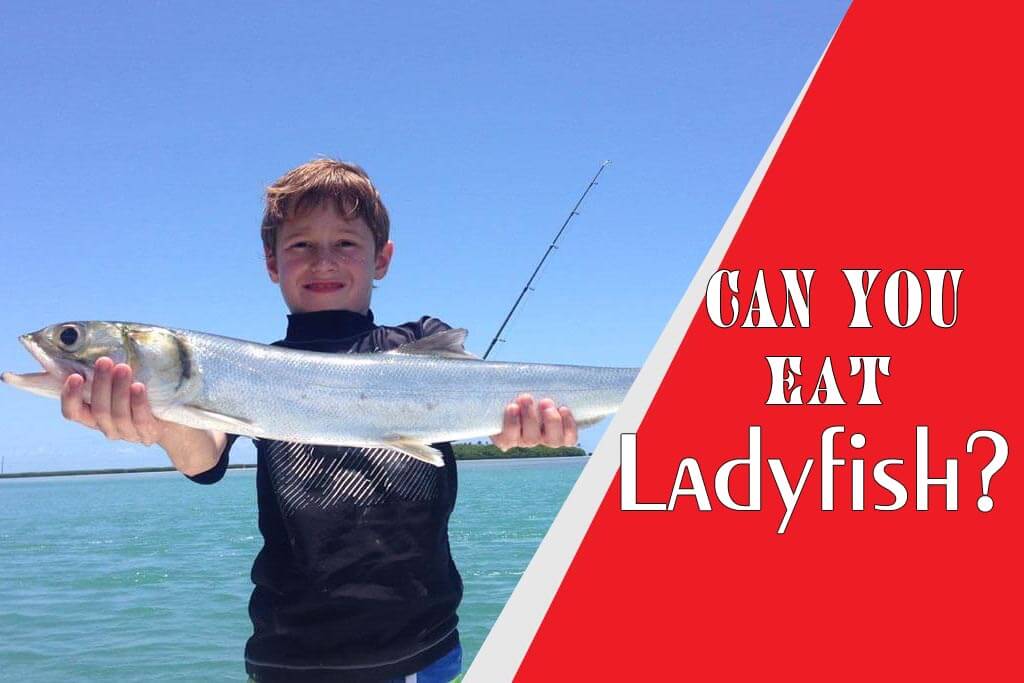 Can You Eat Ladyfish? Doctors recommend including fish in our diet as it’s a good source of proteins and fatty omega-3 acids. Such components are good for the brain and heart, which are crucial parts of the body. 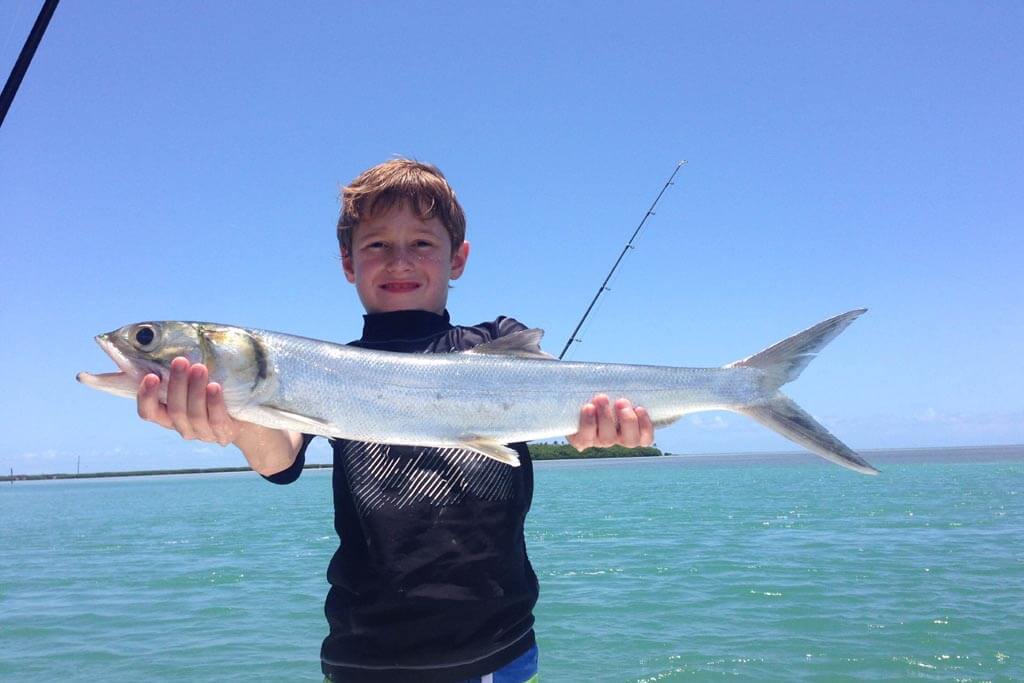 This type of fish gives anglers a hard time catching and produces blood after getting hooked, which can be messy. Despite the struggle, ladyfish can make a great meal. However, some people use ladyfish as baits because they tend to be bony and oily.

So, are you wondering whether you can eat ladyfish? This article answers this in details.

Can You Eat Ladyfish?

Yes. Eating ladyfish is beneficial to the body as it’s a good source of omega-3 fatty acids, and it’s got low saturated fats. These components help the brain and mind to develop, just as when you eat other fish. 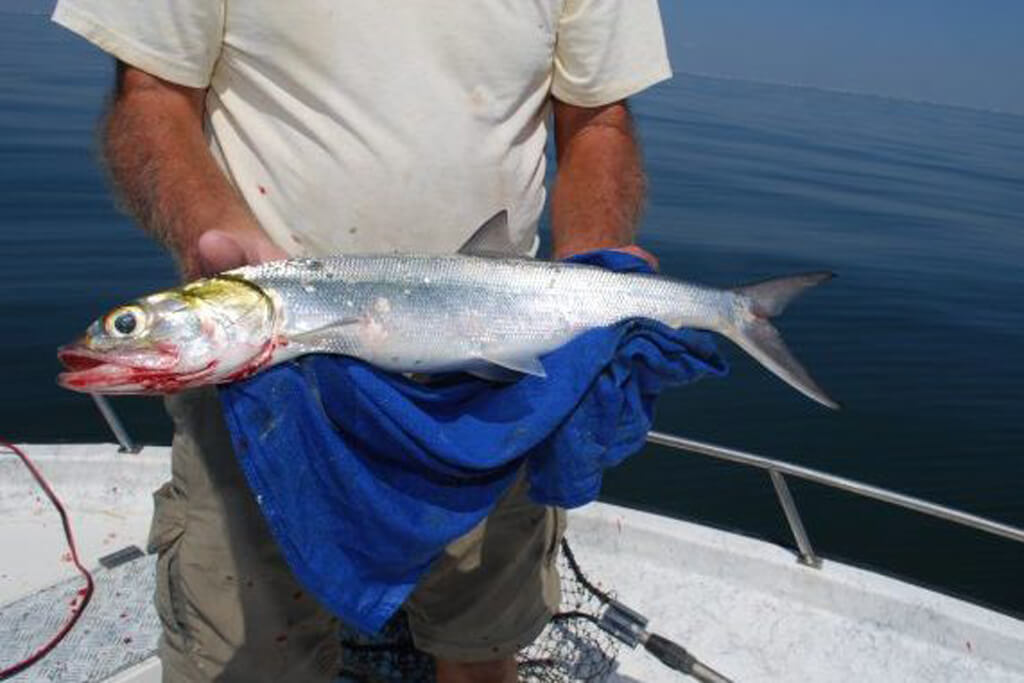 For a long time, though, ladyfish have been for fun/sport fishing or used as bait for other bigger fish. This has made it not a common dish on our tables despite the fact that you can eat and benefit from it.

This fish has low meat content and many small bones. It’s also oily with a mushy texture requiring you to prepare it in a special way. Most people prefer making it in a cake or stir fry form or cooking it in the pressure cooker. But this is after grounding it to fish meal to help crush the bones, which are dangerous when swallowed.

Some people, especially anglers, love eating ladyfish. Even though it’s not one of the easiest to catch, these people still try their best to fish it out of the water so they can enjoy the delicacy. This fish, which has its roots in Asia, makes a delicious meal that some people love eating by digging their teeth into its flesh. 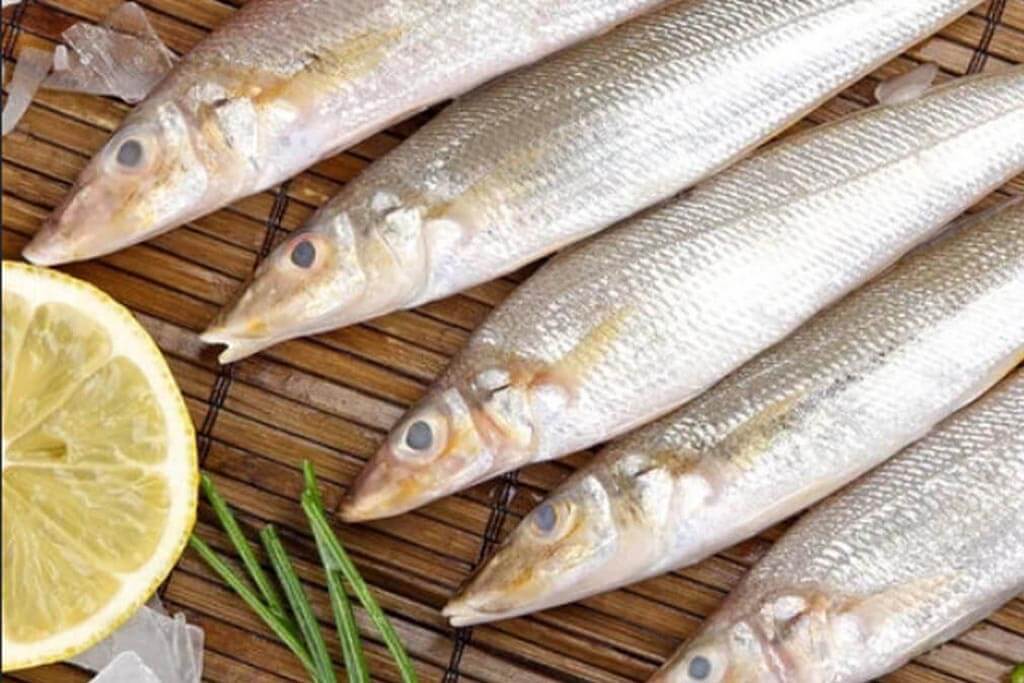 However, other people don’t like eating ladyfish as they feel its oily taste is too much. Others also don’t eat it because of its mushy texture. This texture makes them say it doesn’t melt in the mouth like other fish types. Since it’s not found in most lakes and rivers, it’s a delicacy for a few who can get it.

Ladyfish has its unique taste, unlike the other types of fish. It’s mushy, oily, and the meat is crumbly. Its taste makes it a preferred choice to certain people who can withstand it. However, this fish is a great delicacy to a few who’ve realized its sweetness when prepared well.

Can You Eat Ladyfish Raw?

It’s possible to eat ladyfish fish raw depending on your preference. However, when you decide to it eat raw, be ready to encounter countless bones and high amounts of oil. It will be hardr to remove the bones from a raw ladyfish. You might also not find it delicious to eat it raw if served as sushi or sashimi. But, eating a ladyfish raw is a personal choice as there are no known effects of doing so. 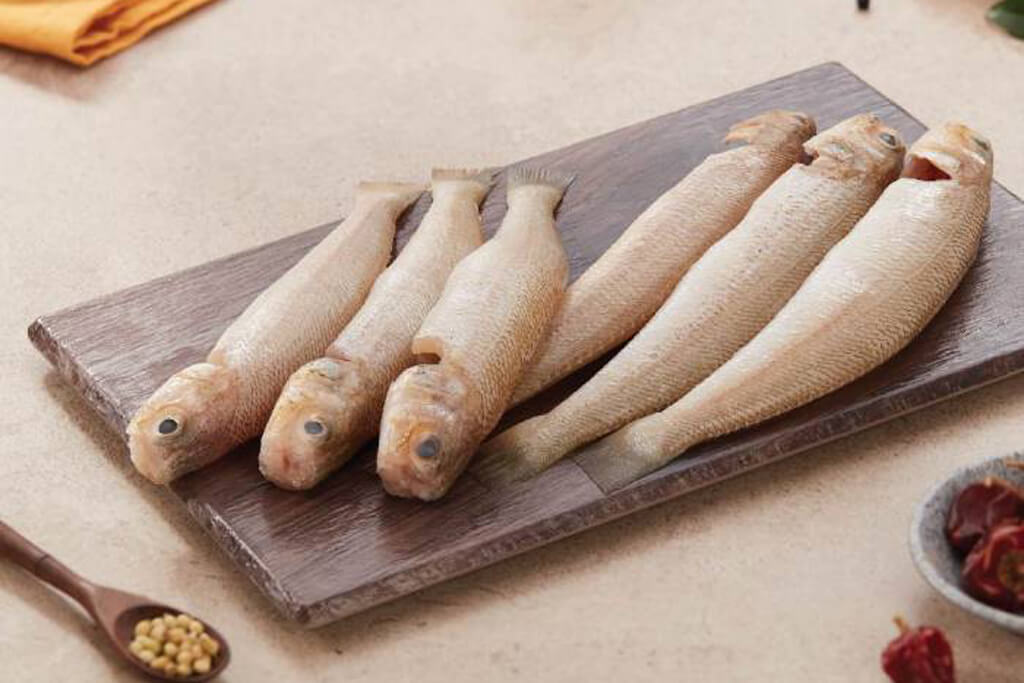 Some experts advice against overeating raw ladyfish as there is no information on its mercury level. And as you know, mercury, when absorbed into the body, can pose a risk to your health.

Is It Safe to Eat Ladyfish?

Ladyfish is a safe fish to eat, and no reason makes it unsafe. But since the mercury level on this kind of fish is unknown, it’s best to eat it in moderation. This means if you enjoy eating it, go ahead and enjoy its unique taste and texture to your fill. However, don’t make it part of your daily meal.

Diet And Size of Ladyfish

The ladyfish feeds on different foods depending on its development stage. The larvae don’t feed on any special diet but majorly depend on water’s nutrients to survive. It absorbs the nutrients directly from the water and uses them for growth. 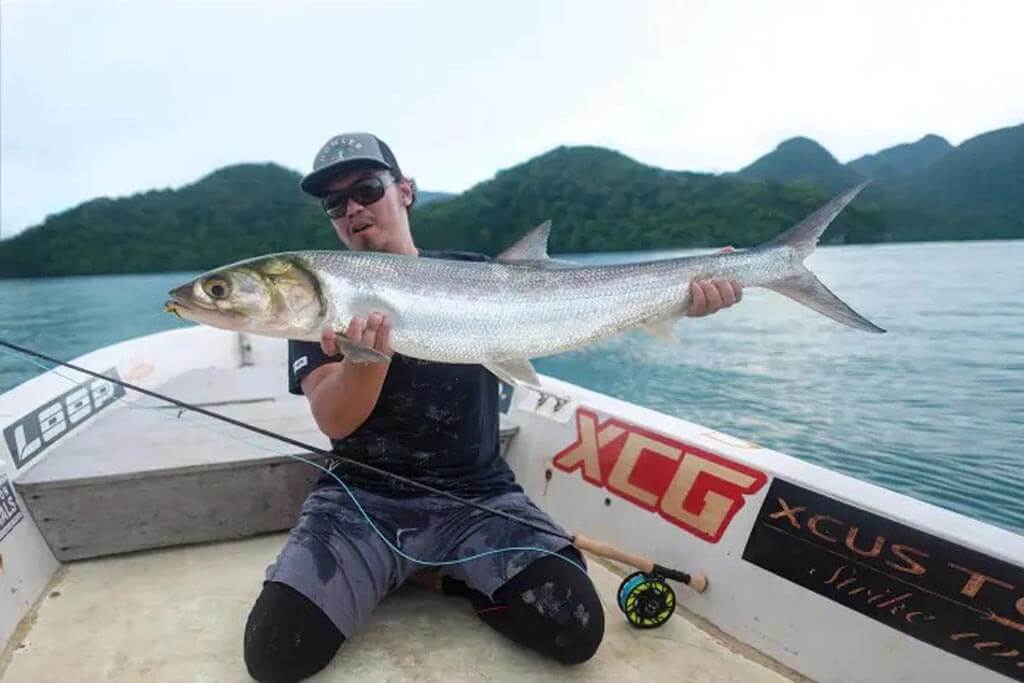 As the larvae grow, they eat small insects, small fishes, and zooplankton. When it becomes a young ladyfish, it changes its diet and feeds on crustaceans. Finally, when this fish grows into an adult ladyfish, its diet shifts to carnivorous. It will, in this case, feed on small bony fish like menhaden or silversides. But it can also eat crustaceans.

A fully grown ladyfish can weigh about 30 pounds, and its maximum size is 35 inches. It’s a slender fish and is pikelike with silvery scales. But most of the ladyfish are 1 meter long and weigh 10 kgs or 22lb.

Where To Catch Ladyfish

Depending on your fishing time and season, you can catch ladyfish from different spots. If you want to fish for ladyfish, go to any inshore waters. These are areas around the tropical coast or subtropical waters. You can catch them on the deeper grass flats in bays, beaches, passes, and inlets. 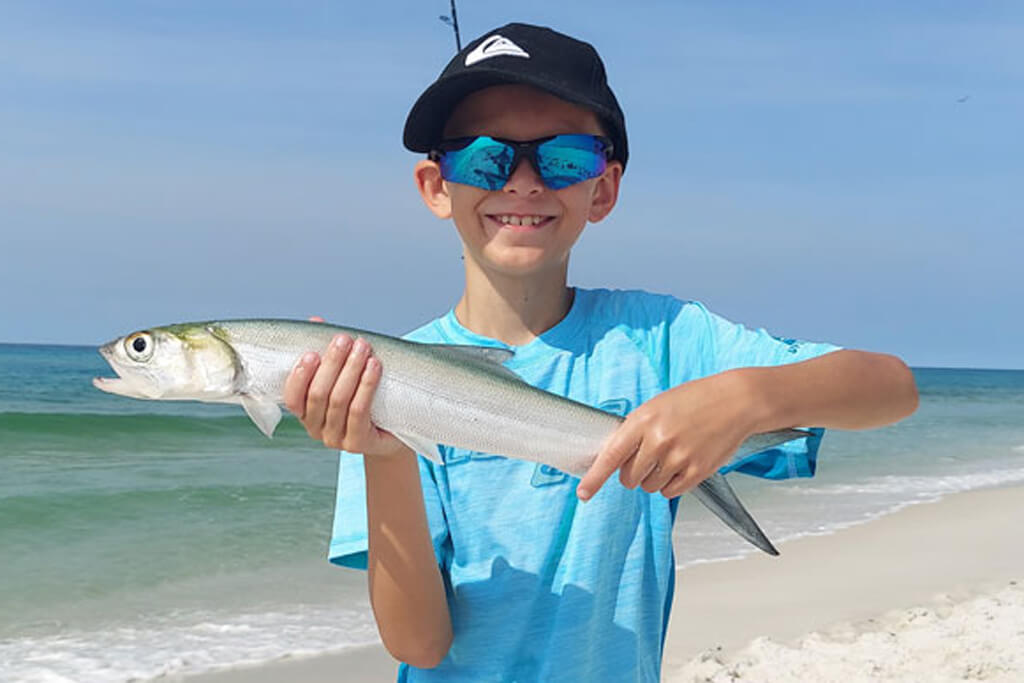 Ladyfish can withstand a varied level of salinities. So, you can also find them some miles away from the shore. However, the most common areas to find a ladyfish with ease if you’re an angler are between the Gulf of Mexico inshore waters and the Atlantic Ocean. You can use various artificial lures or live baits to catch this fish.

How To Catch Ladyfish?

Catching ladyfish is not difficult as you only need to ensure it’s hooked for it to come out of the water easily. If you want to catch ladyfish, identify the lure or bait to use. Go for any bait or lure that resembles small silvery fish like spoons.

You can also use live baits like menhaden or sardines to draw the ladyfish to your trap. A medium-action rod will help you catch this fish when using live bait.

But it will be a great challenge catching the bigger ladyfish, a reason you should use a fast-spinning rod of about 7 feet. Then watch for a school of fish busting on the water or birds working and move forward and cast your bait. You will definitely hook a fish. Be careful with the bait, as ladyfish have their way of getting out of the lure after biting it with sharp teeth. 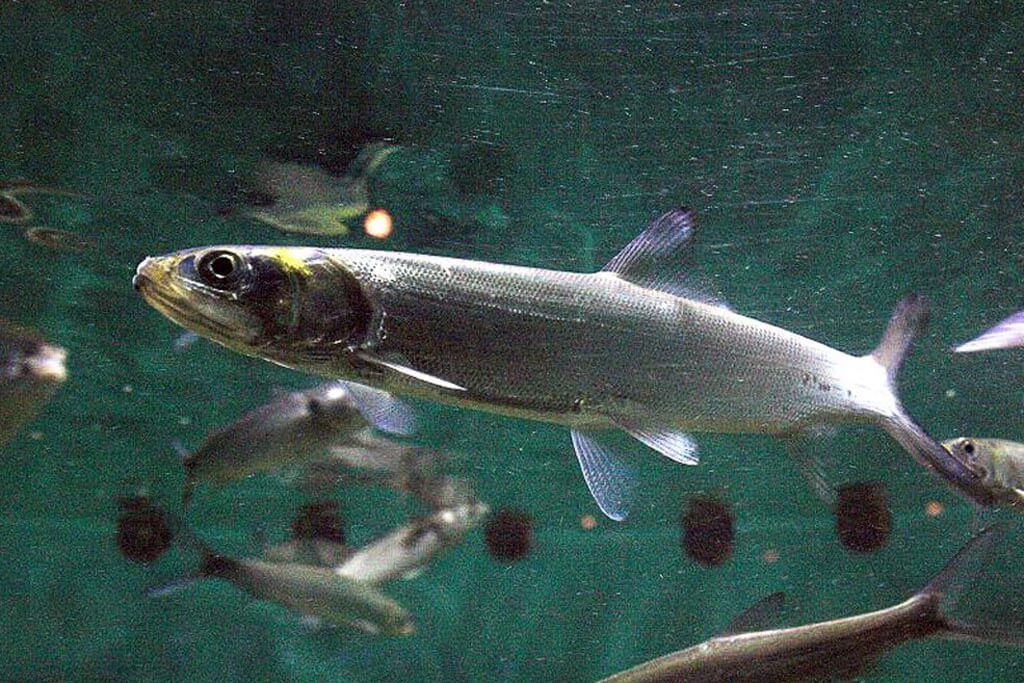 You can see more: Can you eat sunfish? It Safe?

Best Seasons to Catch a Ladyfish

You can catch a ladyfish any time of the year as long as you’re in the right spot where they hide or live. This is in spring through fall, which is a good season that offers you a great opportunity to enjoy fishing.

If you go fishing for a ladyfish when the sun is high up in summer, go for them in deep waters. But if you go early in the morning, you can find them in the shallow water. Look for them in the backwaters between the grass where they get their food.

During spring, look for ladyfish along the bays and estuaries where there’s a favorable salinity level for them to survive.

If you want to catch ladyfish in the fall, look for them at the offshore, where they get food in preparation for spawning.

Since the mercury level in ladyfish is not known, it’s advisable to cook it. Here is the preparation and cooking process.

You can first prepare it by;

How To Cook Ladyfish

You can cook a ladyfish cake or stew and enjoy your meals. 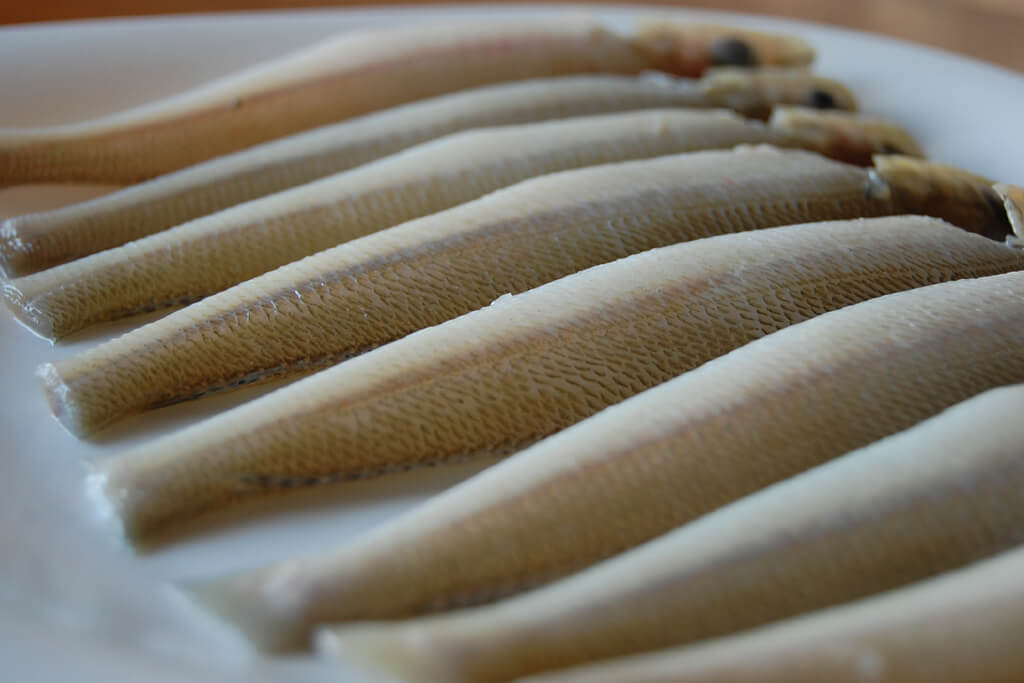 The ingredients needed for ladyfish cake include; 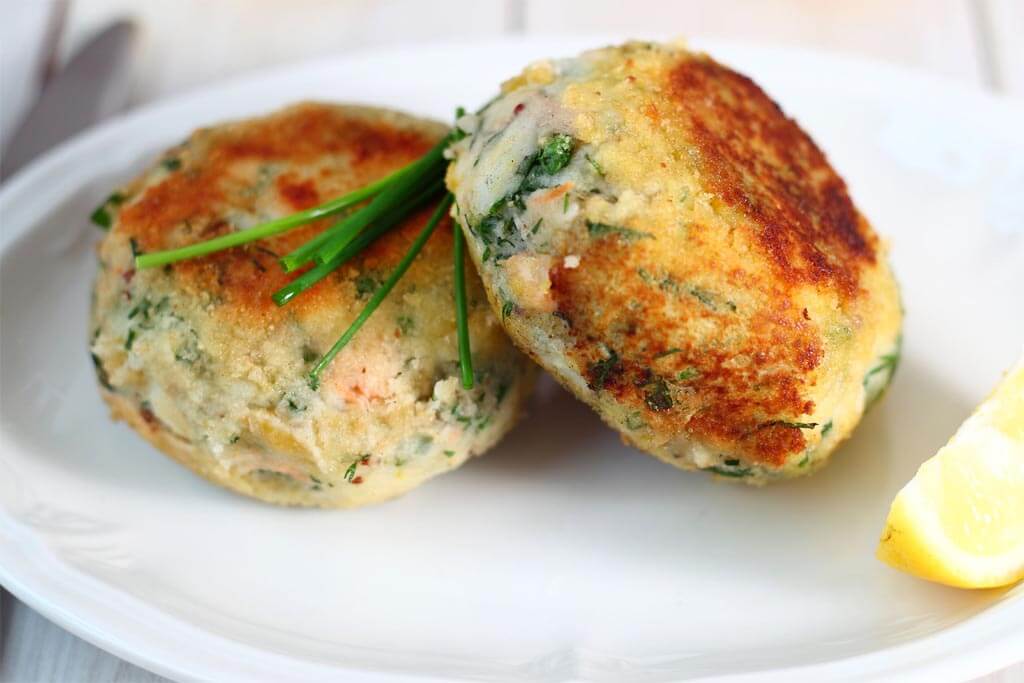 Note that the best method of making this stew is using a microwave. But the size of your meal will depend on the people you want to serve.

You can see more: Can You Eat Redfish?

Even though you can eat ladyfish, some challenges come with it.

Ladyfish Has Too Many Bones

Eating a fish with too many bones can be a huge task as you’ve got to concentrate on the bones more than the sweetness. It’s also a big task to remove the bones manually before cooking, unlike most fish.

It will take you more time which can be draining if you don’t remove the bones before cooking. You can also accidentally swallow the small bones and get choked. So, it becomes unworthy for some people to remove the bones in this fish which to them also seems tasteless.

Ladyfish And Their Mushy, Oily Taste

Ladyfish has a unique texture and taste which remains on the mouth after eating. Its crumbly meat will also not melt in your mouth easily. Additionally, it contains too much oil, more than that in salmon and tilapia. So, as you eat it, you’ll feel like you’re eating raw fat.

However, it’s a finer-grained fish than the others, which can be enjoyable to some people. You will not enjoy eating mushy oily fish unless you know its worth. But to understand all this, it’s best to taste for yourself as everyone has got their preference.

Ladyfish is one of the special fish you’ll encounter when fishing in the North Atlantic Ocean or the Caribbean Sea. It’s present in the water all year long but hides/sits in various sea corners depending on the season. For example, during summer, especially in the afternoon, it stays deep in the water.

Although most people have been fishing it for fun for a very long time, you can eat it. You can make it into a ladyfish cake, stew or salt it, and eat it raw. However, it’s bony, oily, and mushy, which discourages some people from eating it. It’s also advisable to it ladyfish in moderation since you don’t know it’s mercury content.