10 Types of Bass in North America – Easy to distinguish 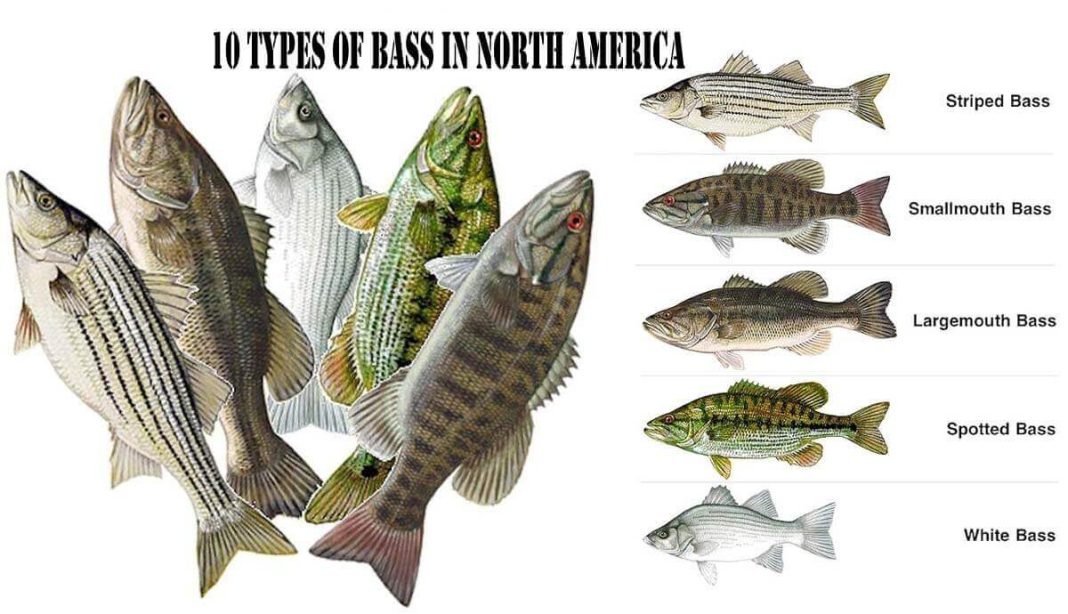 There are many different types of bass found in lakes, rivers and streams throughout North America. Learn more about Smallmouth, Striped bass, Spotted bass and more in this article. Each one has its own unique characteristics that make them worthy of their own special fishing tackle box. If you’re looking for a bass to take home, read on! 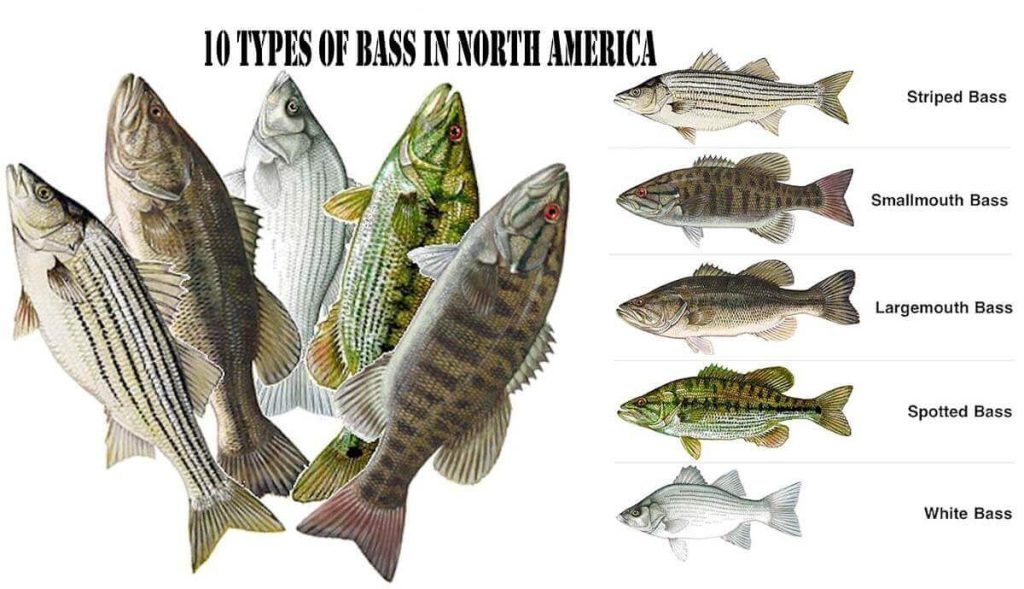 10 Types of Bass in North America

Micropterus haiaka, also known as “Choctaw bass,” is a freshwater fish in the sunfish family (Centrarchidae) and genus Micropterus. This new species was discovered in 2013. The English name comes from the Choctaw Indian tribe, and the scientific name “haiaka” means “revelation, discovery” in Choctaw.

There is currently no information available about the size of Micropterus haiaka. However, we anticipate that, like Micropterus punctulatus, it will be no more than 60 cm long and weigh no more than 4-5 kg. 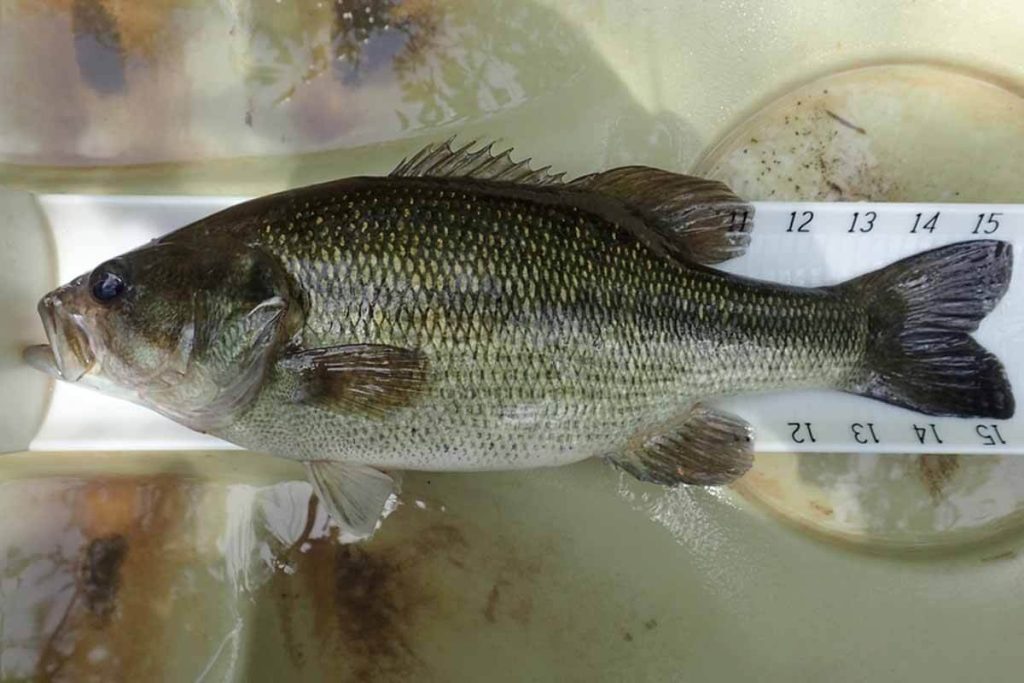 The Choctaw bass belongs to the sunfish family. It has a long body and a large mouth, and the upper jaw extends beneath the back half of the eye. The body is silver-white to brassy green in color, with dark olive mottling on the back and upper side.

A black stripe runs down the side, with rows of discrete black spots on the lower side and a black caudal spot. Choctaw bass can be found in creeks and small to medium rivers with ravel-bottomed runs and pools.

Micropterus is Greek for “small fin,” and it is a rather unfortunate misnomer resulting from an injured type specimen that appeared to form a small separate fin from the posterior rays of the soft dorsal fin. Treculi refers to Trecul, Vaillant and Bocourt’s French compatriot. Trecul did, in fact, catch the specimen. 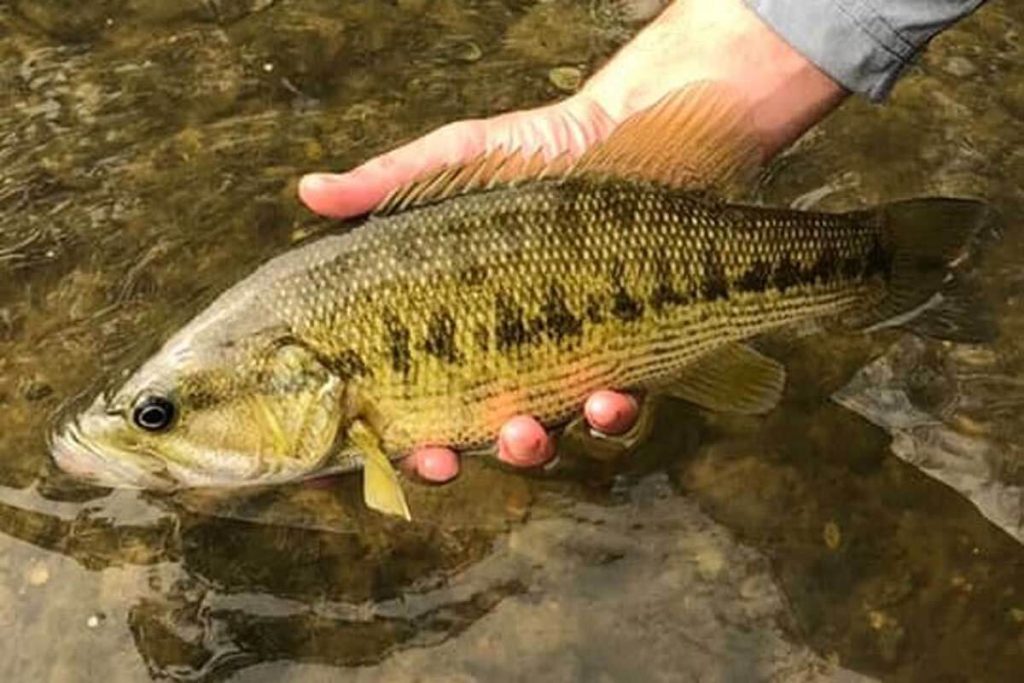 The Guadalupe bass is only found in Texas and has been designated as the state fish. It is restricted to the northern and eastern Edwards Plateau, including the San Antonio River’s headwaters, the Guadalupe River above Gonzales, the Colorado River north of Austin, and portions of the Brazos River drainage. Outside of the Edwards Plateau, relatively small populations can be found, primarily in the lower Colorado River. There are introduced populations in the Nueces River system.

Largemouth bass is a freshwater fish of the order Perciformes and the family Centarchidae, distinguished by a spinoform radiated dorsal fin and a flexible posterior fin separated by a notch. This species has been successfully introduced in Spain and other parts of the world since the twentieth century, and it is now considered a universal fish. Other native species have faced serious survival challenges as a result of its artificial expansion into new ecosystems. 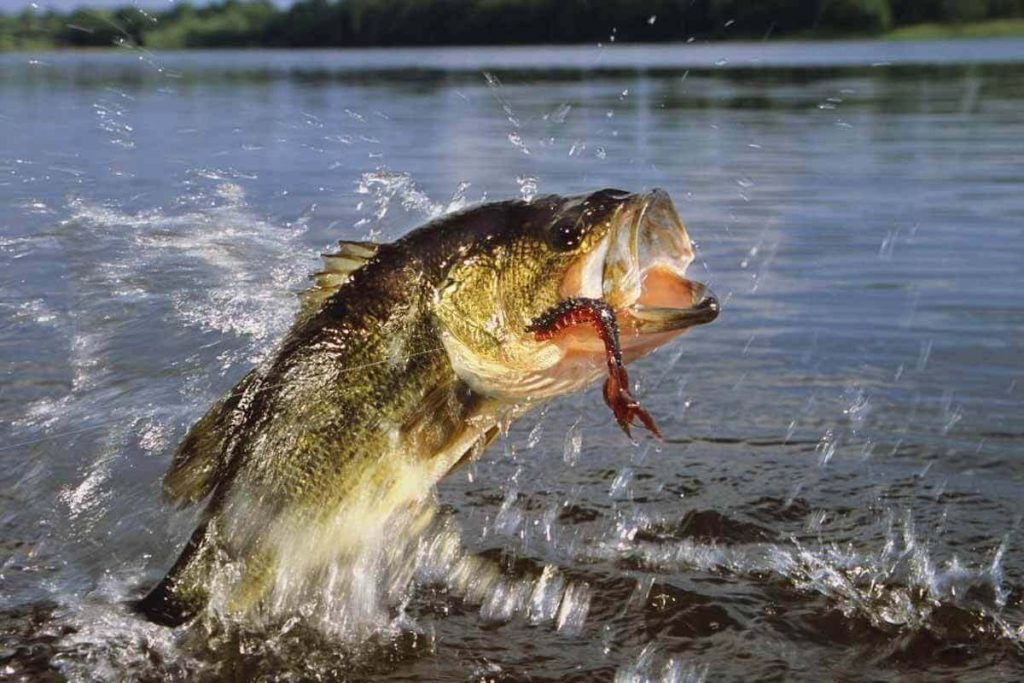 It’s a small fish, but the sides are compressed to some extent. Scales that are greenish with dark spots. Its adult size ranges between 40 and 50 cm. It is a tough and carnivorous fish, and its combative nature makes it a fun prey for sport fishing. It is 30-35 (50) cm long in the Iberian Peninsula, but can grow to be more than 80 cm long in North America. They are also found in other parts of the world. The opening is quite large. It is usually no more than 2 kg in weight. The dorsal fins are extremely long.

The smallmouth bass inhabit the region of earth’s equator from approximately 23.5 degrees north to 23.5 degrees south. It is commonly found in ponds and lakes, and its habitat ranges from the depths of a brook to a body of water. Their diet consists of insects, crayfish, and other small fish. They are highly active, but do not always submit when hooked, and they will often scramble for cover. 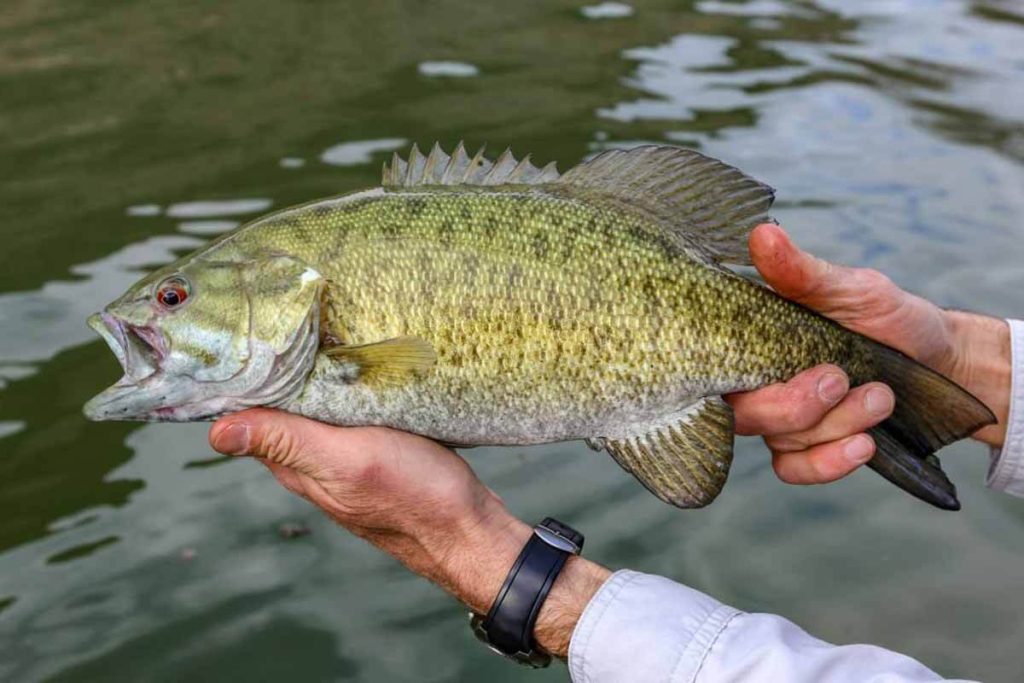 There are three species of spotted bass in North America. One of them is the spotted bass, and it was previously a subspecies of the black bass. Other subspecies include the Alabama bass, which is confined to river systems in Alabama and the Choctaw area of Florida.

True spotted bass had its natural range in the lower Mississippi River basin, from Georgia to Texas, but it has since been introduced elsewhere. Spotted bass are primarily found in lakes with clear water, where they chase offshore forage fish such as shad. In addition, they are often caught using lighter tackle and smaller lures. 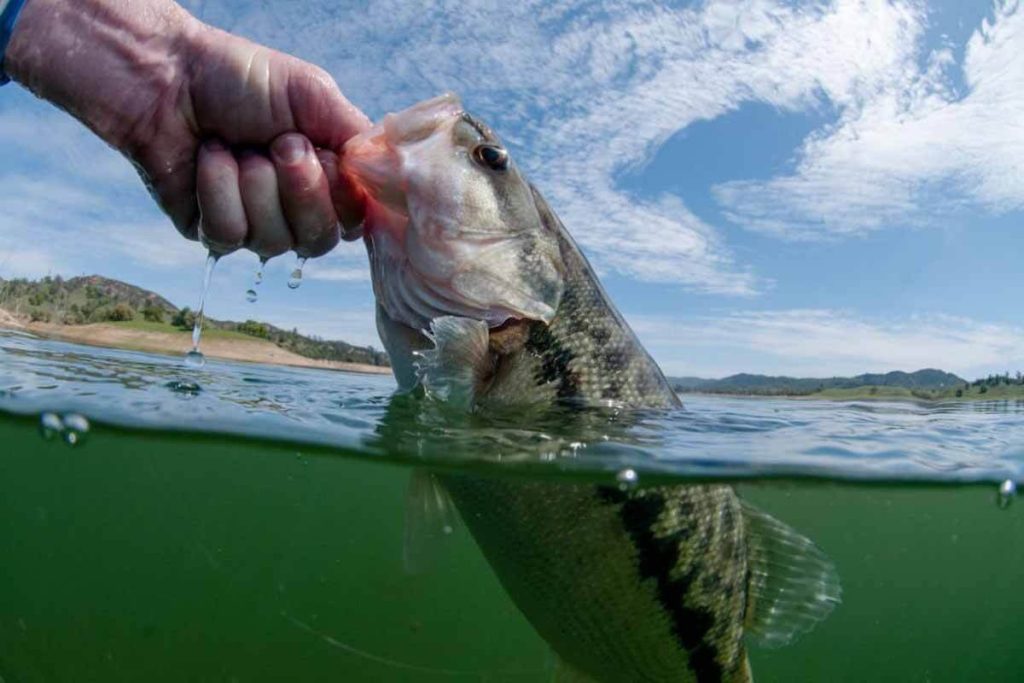 In North America, spotted bass can be found in lakes, reservoirs, and medium to large streams. They are primarily found in freshwater bodies, but they may occupy some areas in brackish water. Spotted bass spawn similarly to largemouth bass, which prefers warm, muddled water. Females reach sexual maturity at two to three years of age, at which point they lay 3,000 to 30,000 eggs, which hatch in four or five days.

The European seabass is an oceanic fish native to the waters off Europe’s western and southern coasts and North Africa. It is one of only six species in the Moronidae family, which is known collectively as temperate basses.

The European sea bass is a slow-growing species that takes many years to mature. An adult European sea bass weighs about 5 kg (11 pounds). European sea bass can reach lengths of up to 1 m (3 ft 3 in) and weights of up to 12 kg (26 lb), though the most common size is only about half of 0.5 m. (1 ft 8 in). Individuals are silvery gray with a dark bluish hue on the back. 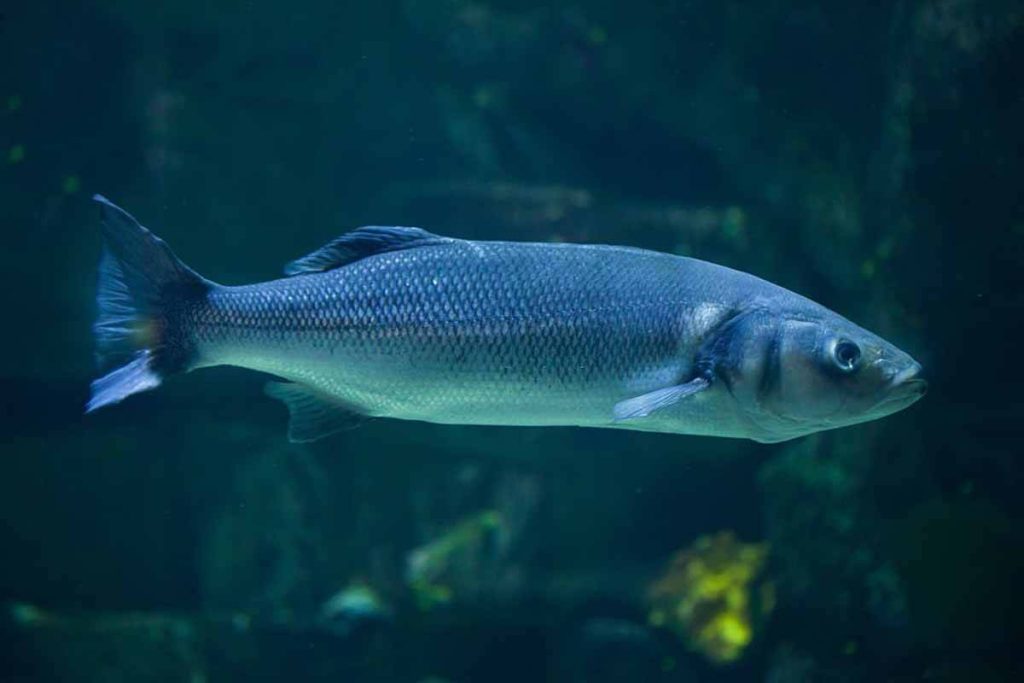 It is commercially fished and farmed, and it is regarded as the most important fish farmed in the Mediterranean at the moment. The popular restaurant fish sold and eaten as sea bass in Ireland and the United Kingdom is exclusively European sea bass. It is commonly known in North America by its Italian name, branzino.

The population of Striped Bass in the Northwest Miramichi River is the most northern and self-sustaining of any population of Striped Bass in North America. This population spans an area from Perce, Quebec, to Margaree River, Nova Scotia, but their abundance has declined in recent years. Throughout its spawning range, the species exhibits large fluctuations in abundance and biomass, largely due to overfishing and adverse environmental conditions. 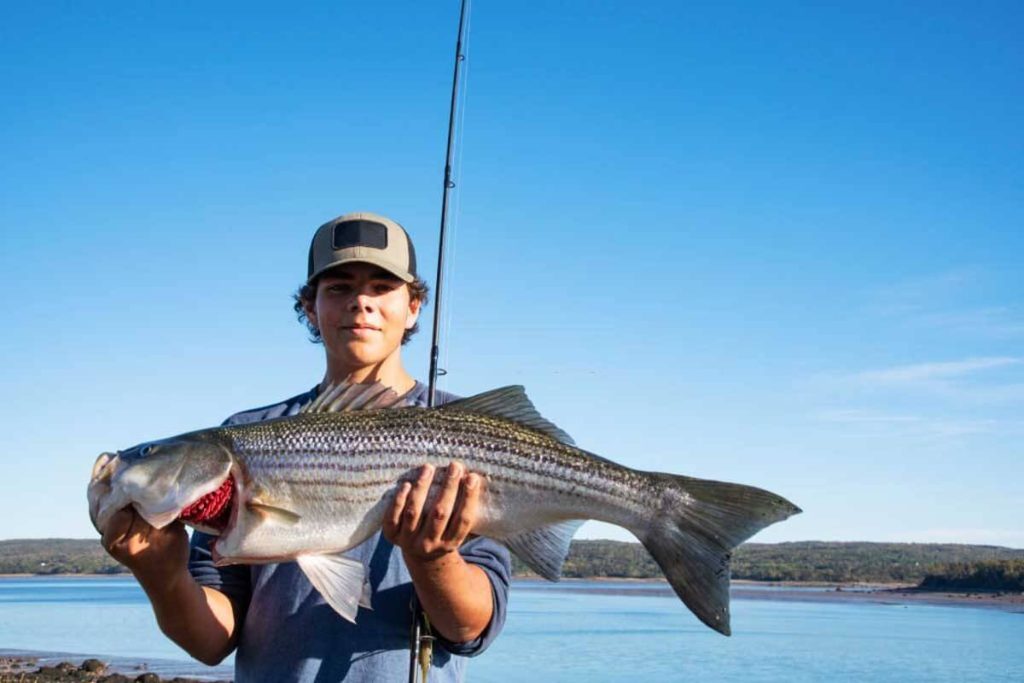 White bass are found throughout the United States. The spawning grounds are primarily located in streams and lakes. Some of the best spots for white bass fishing in the region include the Little River, Sentinel Park, and Lake Thunderbird. While these areas don’t receive as much attention as other locations, the size of these white bass is more than enough to make them worthwhile trips. You can find them in schools all over the lake. 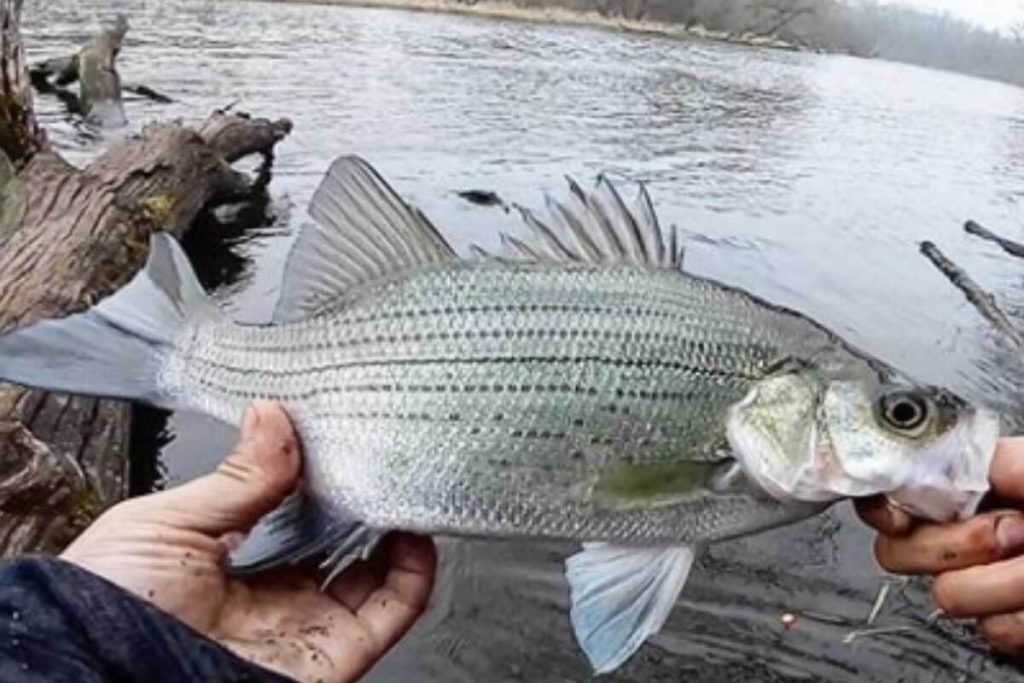 These fish are not as common as their name might suggest, but their growth rate is higher in the southern hemisphere than in the north. This makes them a more popular sport fish to catch. These fish live for about five years and spawn at random locations. Males spawn at the end of the first year while females reach sexual maturity after the second year. Female White Bass lay about half a million eggs. These fish are not known to spawn at night, but they prefer to spawn during the day.

Japanese sea bass is a seawater amphidromous fish native to the west Pacific Ocean that spawns in coastal seas during the winter. It live in seawater, brackish water, and freshwater, where they grow from spring to autumn, and migrate upstream in rivers to avoid hot water. Adults migrate downstream to the coastal sea to reproduce. 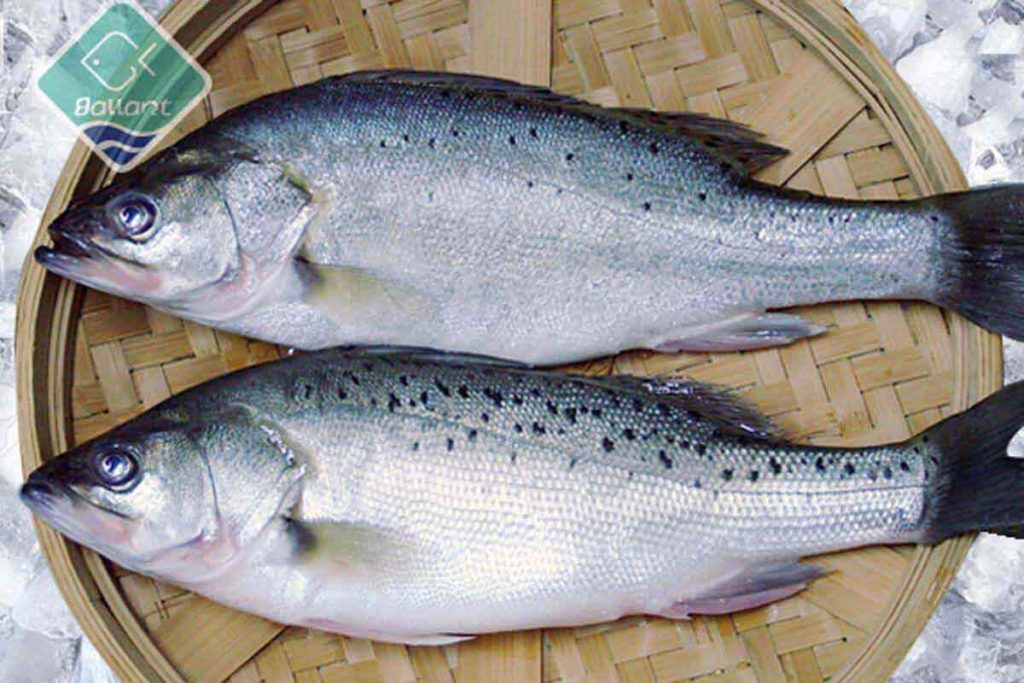 Found in inshore rocky reefs with moving water. It can swim up rivers and then return to the sea to spawn. Protandrous sex change occurs after maturation at the age of two. During the winter, spawning occurs in deeper rocky reefs or inshore areas. Predatory, feeding on zooplankton as a juvenile and small fish and shrimp as an adult. Used as a food fish. Uncertainty about family placement . In Chinese medicine .

The blackfin bass is a perciform fish of the lateolabracidae family that lives primarily in the shallow waters of Asia’s Pacific coast, Japan, and South Korea. The genus Lateolabrax contains only two species, both of which are known as Asian sea bass.

Blackfin bass are a perciform fish, which is the largest order of fish in the ocean. Blackfin bass live in shallow, tidal, or rocky surf zones, partly to avoid competition with the Japanese bass Lateolabrax japonicus, a close and nearly identical relative, and partly to reproduce in brackish waters near river mouths. 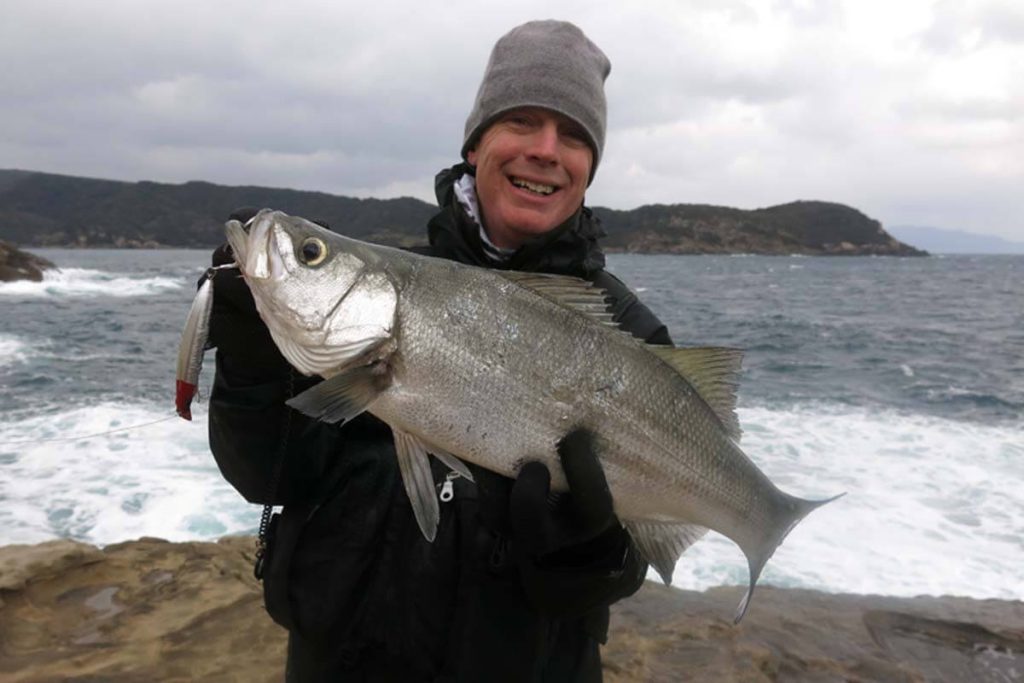 CONCLUSION about Types of Bass

Is there another way? Sure. There is, of course, a common denominator. You should never take their skin off. If you get too close to the meat, you’ll ruin the steaks. Although your eyes are drawn to the largest pieces, the truth is that the best mackerel are the smallest. These are the best in terms of quality and flavor.

In contrast to other fish, mackerel shows signs of dehydration within hours of being caught. To make the best choice in the market, look for pieces with shiny skin and consistent flesh.

Is bass good to eat?

Freshwater bass is an exciting species to catch, and it is completely safe to eat. It contains omega 3 fatty acids as well as a significant amount of protein. Some people avoid eating it because it does not taste as good as some other freshwater fish species.

The sea bass is a small species of fish which live in the western part of the Atlantic between Florida and Cape Cod. In contrast to other bass species, such as white bass or striped bass, the sea bass can be exclusively found within the sea. There are a variety that are “bass,” like Chilean sea bass, aren’t actually bass and are simply fish named to improve the marketability.

What’s the taste of bass?

The most sought-after bass species to consume, largemouth bass are believed to have a clean taste. It’s not as strong and unnatural as other species but when compared with smallmouth, you may get the impression that it’s a bit more fishy. When the catch isn’t freshly caught it will have a stronger flavor. For some the white meat of largemouth bass can have an effervescent taste.

What type of fish is bass?

The term bass refers to several species of fish that are, however, most are located in three families belonging to the order Perciformes